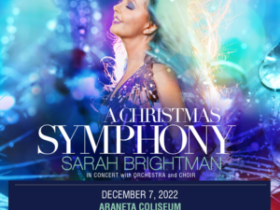 THE DEPARTMENT of Foreign Affairs (DFA) should help the International Criminal Court (ICC) in its investigation of the Philippine government’s war on drugs, according to a congressman.

“We don’t believe the judicial system is working fine,” Party-list Rep. Raoul Danniel A. Manuel told a congressional hearing on Wednesday, noting that families of drug war victims have yet to get justice.

The lawmaker made the remark after Foreign Affairs Secretary Enrique A. Manalo said there was no need for the ICC to intervene since the Philippine judicial system should be able to handle the cases.

“But not one of the masterminds has answered for their crime,” Mr. Manuel said, adding that some rogue cops who got caught were just reassigned.

Philippine police have said they have killed about 6,000 people in illegal drug raids, many of them resisting arrest. Human rights advocates have placed the death toll at more than 27,000.

Ex-President Rodrigo R. Duterte would try to block the ICC probe of his deadly drug war and would not allow foreign interference, his lawyer said last month.

He would rather undergo trial before a local court and serve time in a Philippine jail if found guilty of violating the law.

Mr. Duterte had said the court should not interfere with the anti-illegal drug campaign, which is supported by majority of Filipinos despite international criticism.

Political analysts have said the ICC would probably prosecute Mr. Duterte and his agents as soon as it resumes its investigation of the drug war.

The Hague-based international court on July 14 gave the Philippines until Sept. 8 to comment on the ICC Office of the Prosecutor’s request to resume the investigation into alleged crimes against humanity by Mr. Duterte and his officials. It also allowed victims to make written submissions through their lawyers.

President Ferdinand R. Marcos, Jr., a close political ally of the Dutertes, has said the Philippines would not rejoin the ICC. “This ICC is a very different kind of court, which is why we are carefully studying first the procedure so that our actions won’t be misinterpreted,” he said.

Mr. Duterte had told police officers to shoot drug suspects if their lives were at risk. When he was president, he often defended the campaign by saying it had saved Filipino families from the drug menace and prevented the country from turning into a “narco-politics state.”