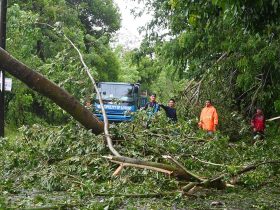 The Duterte regime ended last July, but is still in the news because of Commission on Audit (COA) reports on some of its agencies’ alleged non-compliance with COA standards in 2021.

Two years after his election, in 2018, then President Rodrigo Duterte was already spewing a stream of profanities against the Commission, which turned out to be a major target of his ire. He even “jokingly” suggested on one occasion that its auditors be pushed down the stairs.

Mr. Duterte was reacting to the complaint of his close ally, then Ilocos Norte Governor, now Senator “Imee” Marcos, that the Commission had limited the cash advances of the province’s municipalities affected by Typhoon Ompong only for food for the victims, and only up to P15,000.

He went on to belittle the COA’s issuance of circulars, which he said it expected everyone in government to obey— but with which every government agency is in fact compelled to comply. He then claimed that the COA’s requiring government agencies to award contracts for goods and services only to the lowest bidder, which is precisely intended to see to it that government funds are wisely spent, leads to corruption.

He kept up his attacks on the COA in 2019, when he even suggested — “jokingly,” again said his spokesperson — kidnapping and torturing its auditors.

In 2021 he assailed the Commission for releasing to the media the results of its audit of government agencies, particularly those on the Department of Health (DoH). The COA said the department had failed to “maximize” the use of anti-COVID-19 pandemic funds amounting to P68.28 billion. There were alleged irregularities as well in the procurement of certain materials and equipment, lack of documentation, plus lapses in the implementation of projects worth nearly P4 billion.

But rather than calmly and reasonably urging the DoH to correct its “lapses” and to do better, Mr. Duterte instead harangued the Commission for supposedly making it appear that there was corruption in some of the agencies under the Executive Department. He then threatened to audit COA should he be elected Vice-President in 2022, although there is nothing in the Constitution that would have allowed him to do that. (In 2021 he was thinking of running for VP, but eventually decided against it.)

The COA was created as an independent body by the 1987 Constitution with the mandate to examine and oversee government accounts, among other functions. Its website declares that its mission is “to ensure accountability for public resources… for the benefit of the Filipino people.”

The obvious intent, although the Constitution does not say so, is to see to it that procedures are followed and public funds and other resources are not misspent, squandered, or diverted. The Commission also looks into the extent to which programs and projects are implemented with the use of the funds that have been allocated for them.

That is what auditing is supposed to do, and in the government context, it is meant to prevent and call out possible cases of ineptitude, wrongdoing, and corruption. One example is the COA’s taking the Department of Education (DepEd) to task for its purchase, through the Procurement Services of the Department of Budget and Management (PS-DBM) of over-priced and outdated laptop computers. Among other consequences, that blunder prevented many teachers from accessing and using one of those devices, forced some to purchase them with their meager salaries, and, more seriously, made distance education even less beneficial to the country’s learners at the basic education level.

During and after his campaign for the Presidency, Mr. Duterte had repeatedly pledged to eradicate corruption in government to the extent of promising that he would summarily remove officials with “even a whiff” of it. The COA reports could have helped him fulfill that promise, while at the same time warning every agency and their officials to observe the established auditing standards in government contracts, procurements, cash advances, etc. But his tirades against the COA — and at one point his urging his officials to ignore COA reports — could arguably have encouraged those agencies to do the opposite.

The Duterte era thus led the COA to call out and, in effect, reprimand 11 government national agencies in its 2022 reports for their failure to observe established procedures in 2021. For example, said COA, the Philippine National Police (PNP), Mr. Duterte’s most favored agency, failed to construct P27.7 million worth of police stations in Davao del Sur, North Cotabato, and Sultan Kudarat supposedly because of technical and other difficulties. The recipient of some P270 million worth of donations that included 200 vehicles and other equipment, the same agency also failed to properly record them, according to COA auditors.

The Commission also flagged another Duterte favorite, the Armed Forces of the Philippines (AFP), for its procurement of COVID-19 resources worth P3.8 million without the needed contracts with the suppliers as well as the required purchase orders. The National Task Force to End Local Communist Armed Conflict (NTF-ELCAC), said COA, also failed to liquidate P34 million out of its P52.9-million budget.

The mandates of the COA-flagged agencies involve education from the basic to the tertiary level; law and order; public health; national defense and security; infrastructure; communication; social amelioration; and government finances. Their alleged failure to either properly spend or implement the projects the vast amounts at their disposal were supposed to fund suggests that if they had otherwise been more focused on providing the country what it needs, after the six years of the Duterte regime, things could have somewhat changed for the better, pandemic or no pandemic as Mr. Duterte himself promised in 2016. It was another opportunity missed among many others, with the country emerging so much the worse from his troubling watch.

A new administration has taken power, and has six years to make good on its own promises. Hopefully, under the new President’s appointees, its agencies will be more observant of auditing and other government procedures.

Next year’s COA reports on the performance of government agencies this year should indicate whether that has begun to happen. If it has not, and the COA still finds alleged anomalies to disclose, the President of the Philippines should take it in the spirit of doing better, in recognition of the indispensable role the Commission plays in improving governance and preventing malfeasance, rather than as an occasion to rant against it and to justify the actions of his own appointed officials.

Instead of attacking the COA should it find and report an anomaly in this or that agency, President Ferdinand Marcos, Jr. could urge the offending party to do better. In doing so he would be defending the Commission as a Constitutional body crucial to the drive for good government and national development to which every administration, including his and his predecessor’s, claim to be committed.