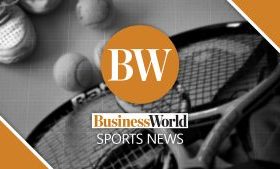 The Philippine Government, through the Department of Budget and Management (DBM), last Monday submitted to Congress the proposed P5.268-trillion national budget for 2023. This document goes through a technical process that begins with vision setting by the President and ends with specific programs and projects budgeted at different levels of the bureaucracy.

Based on our 25-year involvement in the cabinet-level Development Budget Coordination Committee (DBCC) and its sub-cabinet level Executive Technical Board (ETB), the other more substantive aspect of the budget process is political. The budget captures the hierarchy of government choices that should be pursued, like utilities, infrastructure, and mass housing. It should reflect the implementation of laws like universal healthcare and tertiary education, or even counter-insurgency measures.

Without doubt, the national budget also reflects the influence of vested interests or specific constituencies like rice, sugar, real estate, and other business activities. One can see this in the kind of tax policy that would support public spending plans. Or the location of a new airport or government center, or even perhaps the areas that would be traversed by a new highway or train routes. These choices are critical because public money will be spent on them and away from the others.

Thus, the national budget also establishes a framework of accountability for concerned citizens who wish to determine whether public money is properly disbursed according to the overall vision of government and the specific goals by sector objectives. A linkage is necessary between society’s pressing needs and the resources made available through the budget process.

The budget process is therefore a powerful tool for implementing democracy.

The International Monetary Fund (IMF) has always been a strong advocate of budget transparency, that appropriate information on both the budget preparation and execution should be accessible through periodic reports and audit results. Democracy is upheld when the people have access to information on the extent of government operations, how the government addresses key issues on reducing poverty and income inequality. After all, when disasters strike, everyone sees the revealed preference of their national and local governments, like pursuing beautification projects and barangay centers that are submerged in flood waters instead of executing drainage and water impounding projects which are less obvious, less glamorous, and less profitable.

How did the Philippine Congress receive the executive submission?

Speaker Ferdinand Martin Romualdez, assuring the DBM of speedy deliberations and passage before the end of the year, declared that Congress will respond to the needs of the people in addressing health crisis, creating more jobs, and ensuring food security.

2. Providing social services, healthcare and education to reduce vulnerability and mitigate scarring from the COVID-19 pandemic; and,

Does the 2023 budget comply with the Speaker’s expectation that “every centavo of the national budget would be spent wisely to implement the programs that would save lives, protect communities, and make our economy strong and more agile”?

Will the politics of the budget promote the Government’s agenda for prosperity?

Education ranks high in terms of the absolute size of its budget at P852.8 billion. But in terms of actual increase, the education budget shall rise by only 8.2%, and that includes personnel services. Time and again, educators and economists have reiterated the challenges in Philippine education: lack of good facilities of learning like classrooms, desks, and educational equipment; lack of academic personnel; inferior learning resources. With serious disproportion between the number of students and classrooms, books, teachers, and other learning kits, an 8.2% adjustment could cover only inflation and the usual friction costs. No big deal here.

What about the new challenge of digitalization? And the cost of mitigating economic scarring in the academe by way of retraining the teachers and upgrading their skill sets? We can only hope that these new hurdles were considered in the technical phase and, if not, could be taken up in the congressional deliberations. While Congress cannot increase the proposed budget, some realignment should be possible.

In terms of the annual adjustment of 8.2%, education actually ranks only 5th even if the other sectors are exclusive of personnel services. We do recognize that education was also allocated P11.85 billion for infra projects but that is only less than 1% of the infra budget.

Finally, as Cagayan de Oro Rep. Rufus Rodriguez pointed out, the UP-budget reduction from this year’s P25.6 billion to P23.1 billion, or P2.5 billion less, should be restored, if not increased. As a general principle, he was correct in saying state universities should be properly funded.

Infrastructure development will receive P1.196 trillion for both the Department of Transportation budget increase of 147.7% and the Department of Public Works and Highways budget drop of 9.1%. Percentage increase-wise, transport sector is 1st while public works is 8th. Very clearly, this is the budget translation of building better and more subways, regional airports, railways, and farm-to-market roads. We notice in the sub-object breakdown for infra, flood control systems are getting P209.15 billion or 17.49% of the total while irrigation systems will be funded by only P29.49 billion, representing a 2.47% share.

But there is very little to show in terms of solving our annual flooding problem. We build roads and bridges as well as impressive town centers but flooding remains a big headache. Instead of doing what other countries have done, and that is to start with a systematic drainage system, we simply clear the roads and pour concrete on them. That wins votes every three years. We end up digging the sides of the street to lay down concrete pipes for drainage purposes.

Yet, our irrigation system, something that is indispensable to agriculture and food security, will only be getting less than P30 billion or 3% of infra budget. Unless we have a more strategic approach to these two issues, we shall continue to experience floods during the rainy season and drought during summer. Some engineers refer to this broadly as water resource management. This involves development, conservation, and management of water through irrigation, drainage, flood control, water logging, surface-water storages, integrated water reservoirs, and basin planning.

On health, a few words. The gross allocation looks respectable, showing an increase from this year’s P193.7 billion to P217.8 billion, representing an increase of P24.1 billion, or 12.4%. The breakdown of the budget, however, indicates many of the components are to be slashed. The budget for the prevention and control of communicable diseases will be halved, while pandemic management expenses are subsumed under unprogrammed funds. We don’t see why COVID-19 pandemic management had to be classified as unprogrammed. The Philippine General Hospital will have a budget nearly P400 million lower this year, allegedly due to its limited absorptive capacity. Yet the problematic National Health Insurance Program will be given an additional P30 billion.

Agriculture — that includes the Department proper and other attached agencies — is to receive P172 billion or an additional P51 billion or 42.3% more. Food security will be promoted by beefing up the budget for rice, corn, livestock, fisheries, high-value crops, and the agrarian reform beneficiaries’ program. These additional allocations are well and good, but we wonder why an additional P5-billion budget was allocated for National Food Authority’s buffer stocking program when rice importation has been liberalized with tariffication.

Provision of social safety nets would normally be undertaken by the Department of Social Welfare and Development (DSWD). Yet next year, DSWD will be budgeted with P185.3 billion, or by less than P9.2 billion or 4.2% lower. True, cash assistance will continue to be extended through various agencies with the bulk going to DSWD and the least to DA. Cash transfers or 4Ps to the very poor, indigent senior citizens, individuals and families in difficult circumstances, livelihood and feeding program, as well as early childhood care will be continued.

It is the task of Congress to scrutinize each line item and see not only that which has been funded, but, more important, that which did not even merit an allocation like low-cost housing. Commission on Audit findings on each department should be consulted on whether the projects funded were completed. Checklists can always deceive us because, as behavioral economists would argue, absence is much harder to detect than presence. That’s when good governance and good budget politics are critical.

Diwa C. Guinigundo is the former deputy governor for the Monetary and Economics Sector, the Bangko Sentral ng Pilipinas (BSP). He served the BSP for 41 years. In 2001-2003, he was alternate executive director at the International Monetary Fund in Washington, DC. He is the senior pastor of the Fullness of Christ International Ministries in Mandaluyong.