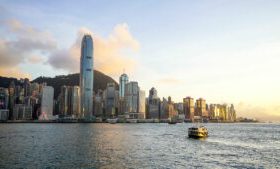 THE PHILIPPINES is likely to be bypassed by the wave of recessions expected to hit developed countries and lead Southeast Asia in terms of growth this year, the Bank of the Philippine Islands (BPI) said in a report.

“We don’t think there will be a recession in the Philippines,” BPI Lead Economist Emilio S. Neri, Jr. said in his presentation, “Recovery Prospects Amid Mounting Headwinds: The Economy in the Next 18 Months,” delivered during BPI’s BizTalk Online.

The Philippines is also expected to post the strongest growth levels within the Association of Southeast Asian Nations, according to Mr. Neri.

“This year, we will be the valedictorian,” he said, adding that the Philippines will grow faster than other countries in the region.

Preliminary estimates by the Philippine Statistics Authority indicate that gross domestic product (GDP) grew 7.4% year on year in the three months to June, bringing first-half growth to 7.8%, above the government’s 6.5-7.5% target this year.

“We will be strongest in terms of GDP growth. Next year, we will be salutatorian, second to Vietnam, which will be growing by 7.2%.”

Downside risks in the second half include “rapid inflation in the US. The last time this happened was in 1981, and there doesn’t seem to be any clear evidence that this is already the peak.”

Mr. Neri said supply chains and freight costs will continue to affect businesses in the Philippines and pose a drag on the economic recovery. He added that elevated coal prices may keep electricity costs high.

“With high coal prices, expect your electricity bills to continue going up because our understanding is these (high coal prices) have not been fully factored in with the way our electrical suppliers have been pricing their products,” Mr. Neri said.

He also cited the worsening threat of food protectionism, with India banning exports of wheat, Malaysia’s partial ban on exports of chicken to Singapore, and Indonesia’s palm oil export ban.

Monetary policy geared towards addressing high inflation could also present a shock to businesses after a long period of low rates.

The Monetary Board has increased rates by a total of 175 bps since May. BSP Governor Felipe M. Medalla has cited the need to respond if the Federal Reserve’s tightening moves remain aggressive.

The Fed has raised rates by 225 bps since March, including back-to-back 75-bp increases in June and July. Fed Chairman Jerome H. Powell said last week that the US could experience a slowdown and higher unemployment as the central bank pushes rates higher.

“Interest rates will probably continue going up to defend the weakening peso, and it’s not just because the US is hiking rates. It’s because our economy is recovering rather fast — local demand is picking up fast, unemployment is low, we are borrowing more, our loan growth is 10% — all of these point to a strong recovery in domestic demand, seen in tourism, restaurants demand but they’re contributing to the weakening of the peso, and therefore higher interest rates,” Mr. Neri said.

The peso closed at P56.42 on Thursday, down 27.5 centavos, according to the Bankers Association of the Philippines. — Keisha B. Ta-asan