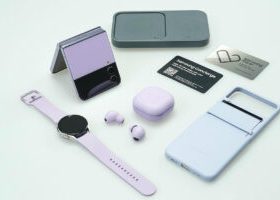 Insolvencies across the manufacturing sector have soared by 63% since last year ahead of a wave of business failures expected this winter in response to rising energy prices, higher interest rates and falling order books.

The number of firms going bankrupt increased from 893 in 2020-21 to 1,454 in 2021-22, according to Insolvency Service figures analysed by the accountancy firm Mazars.

Many more companies are likely to have voluntarily wound up their companies before running out of credit and becoming insolvent.

Manufacturing groups have warned that thousands of firms stand on a financial cliff edge after negotiating the pandemic, Brexit trade restrictions and more recently skills shortages and rising wage bills.

Energy bills for some businesses are expected to increase by 300%-400% in October, when many fixed-price agreements are renegotiated.

Make UK, the manufacturing lobby group, said many of its members were struggling to meet the extra costs of doing business and needed the government to act quickly to prevent them going under.

Annette Dolan, managing director of Bath Aqua Glass, said the bill to keep her glass-making furnaces running was scheduled to increase in October from £14,000 to £131,000 a year.

Speaking on the BBC’s Today programme, Dolan said she was carrying out “drastic planning” every night to try to make sure her 17 staff still had a place to work in a year’s time.

“If you said to me during Covid that after Covid you are going to have an energy bill £100,000 more than you are paying now I would say don’t be silly, that will never happen.”

Inflation has seen input costs for manufacturers increase significantly, with business energy costs rising by an average of 250% in the first quarter of this year compared with the same quarter in 2021, according to the analysts Cornwall Insight.

Interest rate rises mean that already struggling businesses are facing an increase in the cost of their debt, pushing them to insolvency, said Julien Irving, a partner at Mazars.

The Bank of England raised its base rate to 1.75% in August in an attempt to control inflation.

Irving said: “The level of inflation we’re seeing at the moment can be lethal for manufacturers, especially energy costs. Many are unavoidably energy-intensive and such steep rises in energy prices can have a crippling effect on their ability to operate, especially if that cost cannot be passed on to their customers.”

“Rising interest rates are also making it harder for businesses to keep up with the spiralling costs of their debts,” he added.