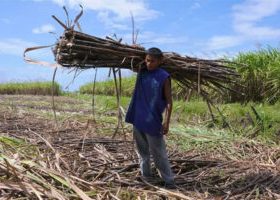 STATE-LED Philippine National Oil Co. (PNOC) is seeking legislative approval on its plan to establish a national strategic petroleum reserve (SPR) that will serve as the country’s permanent oil stockpile.

At a Senate energy committee hearing on Wednesday, PNOC President and Chief Executive Officer Jesus Cristino P. Posadas described the reserve as the “development of a permanent oil stockpile, especially in times of severe disruption of oil supply.”

According to PNOC’s website, the reserve fuel will be stored in facilities located around the country, with the possibility of putting up facilities overseas.

Mr. Posadas said that the move is in response to geopolitical events, calamities, or emergencies. He said PNOC is targeting to engage an SPR transaction advisor within the fourth quarter of 2022 and will release a feasibility study within nine months.

Data from PNOC’s website showed that the Department of Energy (DoE) through DoE Memorandum Order 2019-11-0001 mandated the company to conduct a feasibility study and formulate an implementation plan for the establishment and operation of the SPR.

“This endeavor is aligned to PNOC’s mandate and reason for its creation as a government corporation: to ensure an adequate and stable supply of oil and petroleum products for the country’s domestic needs,” PNOC said on its website.

Mr. Posadas also said that the sale and monetization of its banked gas are consistent with the government’s efforts for additional power generation and contribute to electricity supply security.

In a disclosure on Aug. 30, San Miguel Corp. (SMC) confirmed the purchase of the remaining banked gas of PNOC at 70.26 petajoules for $1.2 billion. The company said the purchase will support the projected fuel requirements of SPPC’s Ilijan power plant until February 2024.

“We are saddened that no delivery has been made on the sale of the remaining banked gas, that is the last remaining quantity of the total banked gas,” Mr. Posadas said.

Mr. Posadas said that the consortium behind Service Contract 38 and its operator, Shell Philippines Exploration B.V., had not heeded the directives of the DoE to deliver the quantity.

“They are giving us an excuse — the diminishing quantity of pressure of the banked gas reservoir, they are unable to deliver on that contract,” he said. — Ashley Erika O. Jose