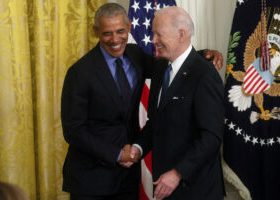 THE SOUTHERN California Academy (SCA) welcomes Nathan Tan, their first Filipino athlete, into their elite basketball program. SCA is a prestigious sports preparatory academy located in Southern California in the United States offering both academics and elite sports programs. SCA’s basketball program has been ranked No. 1 numerous times in the whole state of California and in the top 5 in the whole of the United States.

Southern California Academy is led by no less than the best coaches in the US with head coach Chris Chaney who has produced 19 NBA players and over 70 international pros, with 150+ NCAA Division1 players, 850+ career wins, multiple National Championships and National Coach of the year awards to his name.

Last year Nathan (Tan) played his senior year in high school for Scotland Campus in Pennsylvania, a prestigious sports school in the East-Coast of the US. Scotland Campus PA is nationally ranked in the top-10 best sports preparatory schools in the whole of the US.

NBA prospects Dior Johnson, a four-star recruit and Brandon Huntley-Hatfield, a five-star recruit are products of SCA and Scotland Campus respectively. And for a home-grown Filipino athlete like Nathan, being part of the same elite sports program under the best coaches in the US who has produced superstars is nothing short of an honor.

Nathan tells us how proud he is to showcase Filipino talent in the most competitive sports communities with the best athletes in the US, “I wanna show them the level of game Filipinos have in basketball and how competitive we are in this sport.” While Nathan is now counted among prospect rising stars in US collegiate sports, Nathan still recalls falling in love with basketball at an early age of four. He started like any regular kid, attending basketball clinics at a young age and playing street basketball at local pick-up games. This is where a coach took notice of his talent and invited him to try out for the San Beda Taytay Grade School team. Nathan led the San Beda Red Cubs to multiple championships and was captain ball at Palarong Pambansa representing the CALABARZON region, then got recruited to play for La Salle Greenhills. Going through high school in the Philippines, Nathan had always been an underrated athlete. In spite of this he persevered; until one day an international scout took notice of Nathan’s talent and had recommended him for a US school where Nathan was accepted and offered a scholarship to play basketball. And the rest is history.

In this very competitive sport of basketball, the journey is never an easy one, Nathan gets his encouragement from people who have been with him from the beginning. Coach Chris Gavina, Head coach of PBA franchise Rain or Shine, has been Nathan’s personal trainer and is instrumental in Nathan’s growth in the sport, “I believe I trained Nate for the first time when he was 12 years old. On our first session I immediately recognized his willingness to allow me to take him outside of his comfort zone” Coach Chris shares. “Nathan has an insatiable desire to prove his doubters wrong!” Mr. Gavina adds.

Now his career milestones, playing in the US, are just the beginning of his journey. “It doesn’t matter if no one else believes in your dream, it’s enough that you believe in yourself and work hard. My goal is to be in the NBA, and I’m sure soon I will get there.”

Nathan serves as an inspiration to many young athletes aspiring to make it big in sports. He shares how even in the midst of the pandemic he has not lost focus. His journey to greatness has brought Nathan through many ups and downs in life but despite the trials that come his way, he came out successful and made it where only few Filipino athletes have.