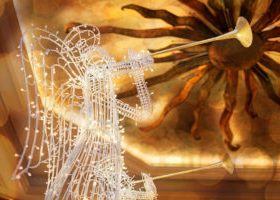 Inflation in Britain could top 22 per cent on the back of high energy costs next year, Goldman Sachs has warned, as new data showed that consumers are paying record prices in the shops.

Inflation, which is already in double figures at 10.1 per cent, could more than double and peak at 22.4 per cent early next year if the Ofgem price cap rises by 80 per cent in January, the US investment bank said. The forecast is based on record natural gas prices, which have risen by 90 per cent this month alone, though they fell yesterday.

Goldman’s projection tops the 18.6 per cent consumer price inflation peak predicted by the US investment bank Citigroup and is far higher than the Bank of England’s expectation of a 13.3 per cent peak this October, in forecasts made at the start of this month.

“Wholesale gas prices in the UK have surged by 145 per cent since the start of July and while our commodity strategists do not expect the recent spike in European gas prices to persist, we view persistently higher gas prices as an upside risk to our forecast for the Ofgem price cap increase in January,” Sven Jari Stehn, chief European economist at Goldman, said.

August figures from the British Retail Consortium showed monthly shop-price inflation of 5.1 per cent in August, the highest since the index began in 2005. The price of fresh food climbed most, up 10.5 per cent compared with the same month last year.

“The war in Ukraine and consequent rise in the price of animal feed, fertiliser, wheat and vegetable oils continued to push up food prices,” Helen Dickinson, chief executive of the consortium, said.

Ofgem will raise its autumn energy price cap to £3,549 from October, nearly tripling household energy bills from a year before. Rising market prices for gas suggest that the cap will be raised to nearly £4,000 by January and hit £7,000 in April.

The UK is suffering from the highest inflation rates among wealthier nations as the price cap means households face the direct impact of surging market prices. European governments such as France have capped the annual price of electricity this year, in effect subsidising energy bills.

The European Union is also working on an emergency intervention to halt winter prices, which hit €1,000 per megawatt hour last week. The announcement of its proposed action saw European forward market prices drop 15 per cent yesterday.

Inflation of 22 per cent or more would have a severe impact on households during a recession and lead the economy to shrink by 3.4 per cent over the next year, Goldman said in a research note to clients. Household real disposable income is due to fall 0.4 per cent this year and 2.9 per cent the next, the bank said.

“Despite the incoming recession, we [expect] the Bank of England to hike by another 50 basis points in September and see upside risks to our expectation of 25 basis points hikes in November and December, given continued upside inflation, wage growth surprises and the need to keep inflation expectations anchored,” Stehn said.

Interest rates have been raised six times since December and are at 1.75 per cent, their highest since 2009.