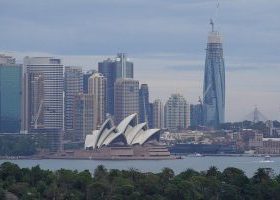 SMARTPHONE shipments to the Philippines continued to fall in the second quarter of the year due to low demand and supply, according to the International Data Corp. (IDC).

“The Philippine smartphone market declined for the fourth consecutive quarter in the second quarter of 2022,” the market intelligence company said in a statement on Tuesday.

IDC Philippines Market Analyst Angela Jenny V. Medez said: “The number of smartphone shipments below $200 improved significantly QoQ, as players such as Transsion and Cherry Mobile launched new models in this segment, but remained low on an annual basis, due to low demand and supply.”

“The number of shipments for models in the higher price categories also slowed down as consumer spending declined due to economic headwinds,” she added.

Consumer spending on smartphones is expected to continue to be under pressure from the rising cost of living and higher prices of essential goods.

“With telecommunications company PLDT recently announcing plans to shut down their 3G network by 2023, we may see a faster migration from feature phones or older smartphones to newer models that support 4G or 5G,” Ms. Medez said.

“Note that the number of 3G cellular subscribers in the Philippines are quite low at less than 5% of total subscribers,” she added. — Arjay L. Balinbin