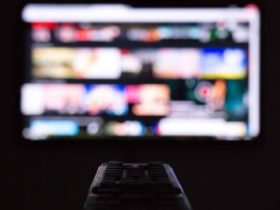 THE NATIONAL Government (NG) plans to borrow P200 billion from the domestic market in September, the Bureau of the Treasury (BTr) said on Tuesday.

The September borrowing plan is 7% lower than the P215-billion program for August.

The government raised just P162.021 billion from domestic borrowings this month, along with an additional P35 billion when the Treasury opened its tap facility in three separate Treasury bond (T-bond) auctions.

The BTr will hold auctions for Treasury bills (T-bills) every week, which is projected to raise P60 billion.

Meanwhile, the auctions for T-bonds are estimated to generate P140 billion, including a 16-year tenor that is expected to raise P35 billion.

National Treasurer Rosalia V. de Leon told reporters in a Viber message that the 16-year debt paper is anticipated to have strong demand, much like the 14-year tenor it issued in July.

A trader said that the borrowing plan is no longer surprising, noting that an upward pressure on yields is likely as the Treasury kept its borrowing schedule despite the issuance of retail Treasury bonds (RTBs).

“BTr’s borrowing preference tells us [that] rates are expected to be higher moving forward,” the trader said.

In its rate-setting auction on Aug. 23, the government raised an initial P162.72 billion for its offer of five-and-a-half-year RTBs as tenders reached P225.32 billion, or more than seven times the P30-billion plan.

The offer period for the peso-denominated debt maturing in 2028 runs until Sept. 2, while settlement is on Sept. 7.

“The market is very liquid, and in the last month, auctions were thrice oversubscribed. Even the current RTB offering is well received as heard from the players and investors. For the 16-year bond, we think that it will be a crowd favorite,” said UnionBank of the Philippines, Inc. Chief Economist Ruben Carlo O. Asuncion.

“The BTr’s observation of better revenues, as the reopening of the economy continues, does complement the need to mop up liquidity in the market moving forward,” he added in a Viber message.

In August, the government raised just P57.021 billion in T-bills, with a partial awarding and a full rejection in the last two auctions, respectively, amid the offering of RTBs and following the US Federal Reserve’s hawkish statements.

At the Jackson Hole conference last week, Fed Chair Jerome H. Powell said they will raise interest rates as high as needed and keep them there “for some time” to cool red-hot inflation.

At the same time, only P105 billion was raised via T-bonds, against the initial P140-billion program, as the scheduled final two auctions were canceled due to the RTB offering.

This is despite the opening of the tap facility three times in August, awarding an additional P10 billion, P10 billion, and P15 billion within the month.

“This year, we will continue this pairing mix by obtaining 75%, or around P1.65 trillion from domestic markets, to insulate the country from foreign exchange volatilities resulting from ongoing global uncertainties,” Finance Secretary Benjamin E. Diokno said at the launch of the new RTBs on Aug. 23.

Previously, Mr. Diokno said that the government will try to increase it to 80-20, still favoring domestic lenders.

The gross domestic borrowing program is at P1.91 trillion this year, composed of T-bills that are expected to bring in P52 billion and fixed-rate T-bonds that are seen to raise P1.86 trillion.

Outstanding debt is expected to rise to P13.43 trillion by the end of 2022 from P12.79 trillion recorded in end-June, with additional borrowing seen at P2.73 trillion and principal repayments at P1.27 trillion this year.

The government estimates the debt-to-gross domestic product (GDP) ratio to drop from 62.1% in end-June to 61.8% at the end of the year.

The government borrows from local and external sources to help fund a budget deficit capped at 7.6% of gross domestic product this year.

In July, the National Government’s budget deficit narrowed by 28.41% to P86.8 billion from a year earlier.