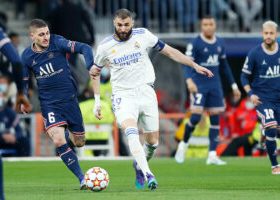 Elon Musk has subpoenaed a former Twitter employee who has accused the social media company of poor spam policies and security vulnerabilities as the billionaire battles to get out of his $44bn agreement to buy Twitter.

Musk is seeking documents and communications from Twitter’s former security chief, Peiter Zatko, who last week filed an 84-page whistleblower complaint claiming the company is running dangerously outdated software and falling behind in its battle against spam accounts.

Musk is also seeking information about alleged attempts to hide security weaknesses and “Twitter’s engagement in any unlawful activity”.

Zatko’s allegations come weeks after Musk announced he intended to walk away from his deal to buy Twitter. Musk has argued Twitter misled him and regulators about the true number of spam or bot accounts on the microblogging platform.

A noted hacker widely known as “Mudge”, Zatko was hired by Twitter in 2020 to strengthen the company’s security after a mass hack targeted 130 high-profile accounts.

He ended his stint as the head of Twitter’s security this year and has said in a whistleblower complaint that the company has deceived users, board members and the federal government about the strength of its security measures.

Twitter has denied Zatko’s accusations and has said that he was fired for poor performance and leadership.

The two sides have sued each other and are heading to a five-day trial on 17 October. Musk wants out of the deal and Twitter is asking Chancellor Kathaleen McCormick of the Delaware court of chancery to order him to buy the company for the agreed $54.20 per share.

A Twitter attorney said at a court hearing last week that Musk’s focus on spam as a way to end his agreement to buy the company was “legally irrelevant” because Twitter always said its spam counts were only estimates, not binding representations.

Twitter’s stock was down slightly at $40.36 on Monday morning in New York. Twitter declined to comment for this article.