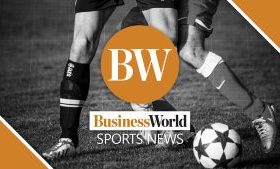 LIGHT RAIL Manila Corp. (LRMC), the private operator of Light Rail Transit Line 1 (LRT-1), recorded a net loss of P329 million for the first six months of the year despite higher revenues amid the easing of travel restrictions.

But the railway company trimmed its net loss for the first half of the year from a loss of P402 million in the same period in 2021, according to its parent company Metro Pacific Investments Corp. (MPIC).

This is “despite the 41% increase in revenues due to the start of amortization of concession asset and interest costs on the existing rail system,” the listed company said in a recent report.

Expenses for the period climbed 20% to P1.09 billion from P906 million in the same period a year ago.

The railway operator implemented its upgraded signaling system during the period “to improve capacity and performance across the line, enabling more trains with better connections and greater reliability.”

MPIC also said that 20 out of the 30 Generation-4 train sets committed by the government had been delivered.

Meanwhile, construction activities for the LRT-1 Cavite Extension project are in various stages of development and continue to progress, according to the listed company.

“Since the start of civil works in September 2019, the project completion rate has now reached 71% for Phase 1 of the extension,” it added.

MPIC is one of three Philippine subsidiaries of Hong Kong’s First Pacific Co. Ltd., the others being PLDT, Inc. and Philex Mining Corp.