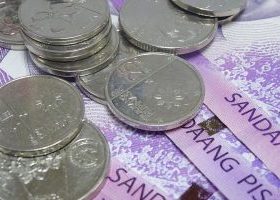 Peso up on easing oil prices

THE COMMISSION on Human Rights on Tuesday urged the government to investigate cases of disappearance and end the culture of impunity.

“We remember all those whose human rights have been gravely violated by any form of arrest, detention, abduction, or any form of deprivation of liberty by state agents or any person or group of persons acting with the authorization,” it said in a statement.

The commission issued the statement on the International Day of the Disappeared, which draws attention to the plight of people imprisoned at places and under poor conditions unknown to their relatives.

“No ends can ever justify carrying out such a deplorable act. Let us never cease the pursuit of genuine justice, peace and reprieve for victims and their families,” the agency said.

“Our countrymen will continue to seek justice for the basic right to live freely even if it will take 100 years.”

Family members of the victims detailed their experiences during martial law.

He also called for the release of his mother, who was arrested last week on “trumped-up” murder charges despite her being sick and frail.

“The most important truth now comes from the stories of the families of those who disappeared,” Ms. Palabay said. — John Victor D. Ordoñez