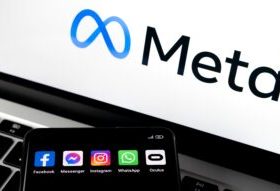 FRANKFURT/DUESSELDORF – Uniper requested more financial help from the German government on Monday, raising the bill for bailing out the utility group to an eye-watering 19 billion euros ($19 billion), as soaring gas and power prices burn up its cash reserves.

Dramatic price increases in recent days have exacerbated the situation for Germany’s largest importer of Russian gas, prompting it to seek more cash even as the details of last month’s bailout deal with Germany’s government have yet to be hammered out.

Uniper, majority-owned by Finland’s Fortum, said it had already fully drawn down a 9 billion-euro credit line from state lender KfW and requested a further 4 billion euros to reflect the current environment.

Further highlighting the pressure on the firm, leading labor representatives, in a letter to German Economy Minister Robert Habeck dated Aug. 26 and seen by Reuters, asked the government to seek a majority holding in the company.

As part of the rescue deal, Germany has agreed to take a 30% stake.

Uniper shares closed 3% higher while those of Fortum, which earlier on Monday also said it was in talks with the Finnish state on how to safeguard its liquidity needs, ended the day up 5.9%. Read full story

Uniper’s announcement comes less than two days ahead of planned maintenance work that will suspend Russian gas flows to Europe via its main supply pipeline between Aug. 31 and Sept. 2.

The highest-profile corporate victim of Europe’s energy crisis so far, Uniper has been pummeled by cuts in gas flows from Russia, its main supplier, forcing it to cover the shortfall at much higher prices elsewhere.

In addition, Uniper has been squeezed by higher security payments to safeguard power sales in light of a sixfold increase in gas prices and a more recent doubling of electricity costs.

“We are working at full speed with the German government on a permanent solution to this emergency, otherwise Uniper will no longer be able to fulfil its system-critical function for Germany and Europe,” Maubach added.

Sources told Reuters last week that KfW was prepared to provide Uniper, which reported a 12.3 billion-euro loss in the first half of 2022, with more credit than previously agreed in last month’s 15 billion-euro bailout deal. Read full story – Reuters