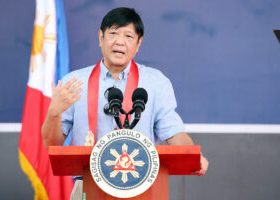 ABOITIZ Power Corp. unit Hedcor, Inc. will continue providing its customers with clean and reliable energy after it has been recognized by the Energy department as a compliant participant in the government’s retail competition and open access (RCOA) scheme.

“Hedcor has been generating power from renewable energy sources for more than 40 years. We are determined to provide the country with a reliable, sustainable, and reasonably-priced supply of renewable energy,” Hedcor’s Vice- President for Operations and Maintenance Leo Lungay said in a press release on Tuesday.

Hedcor said that the recognition covers its 18 hydropower plants nationwide, including FLS, Labay, and Lon-oy in Bakun; Ampohaw in Sablan; Bineng 3 in La Trinidad; Irisan 3 in Tuba; and Sal-angan in Itogon, Benguet.

RCOA introduces retail competition to the energy industry. It has allowed consumers with an average monthly consumption of 1 megawatt (MW) to secure retail supply contracts from licensed retail electricity suppliers (RES). Energy consumers can also customize their supply contracts according to dispatch, technology, or power plant.

The establishment of RCOA is mandated by Republic Act 9136 or the Electric Power Industry Reform Act of 2001 (EPIRA) to offer options to end-users.

“We are in the business of producing clean, zero-emissions electricity through run-of-river hydroelectric facilities that harvest the energy from flowing rivers,” Mr. Lungay said, adding that the company is “upscaling” its operations and processes to ensure dependable power for its customers, and in support of open access.

According to Hedcor’s website, the company operates in Ilocos Sur, Mountain Province, Benguet, Davao, and Bukidnon. It manages and operates about 22 hydropower plants that supply the country with over 278 MW of clean and renewable energy. — Ashley Erika O. Jose