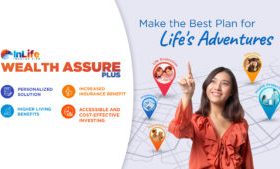 RED Bull’s Max Verstappen took another giant stride towards a second successive Formula One title with a dominant win from 14th on the grid in Sunday’s Belgian Grand Prix.

The Dutch driver, who was quickest in qualifying but dropped down the grid due to engine and gearbox-related penalties, delivered a master class as he beat Mexican teammate Sergio Perez by 17.8 seconds and set the fastest lap.

“The car was really on rails,” said Mr. Verstappen, who swept into the lead on the 12th of 44 laps and took his ninth win from 14 races this season.

“Once we were in the lead, it was all about managing everything. It’s been a weekend I couldn’t imagine before,” added the 24-year-old after his second successive win at Spa, although last year’s victory came after a farcical three laps splashing through the rain behind the safety car.

Mr. Verstappen went into the weekend already not needing to win again this season but his victory on Sunday, the 29th of his career, put him a massive 93 points clear of Mr. Perez, who moved into second overall.

The experienced Mexican has often acted as ‘rear-gunner’ to Mr. Verstappen and on Sunday again dutifully let him through to take the lead.

“Max was on another planet today, he was flying, he was untouchable,” said Mr. Perez.

Ferrari’s Charles Leclerc, who started one place behind Mr. Verstappen in 15th after collecting similar grid drops, finished fifth on the road but was demoted to sixth after a penalty for speeding in the pitlane.

The Monegasque, who was the championship favorite early in the season, dropped to third overall and 98 points behind Mr. Verstappen with eight races remaining.

Forced to pit early after a visor tear-off strip got lodged in a front brake duct, Mr. Leclerc was looking at a predicted fifth place finish before the race was even at its halfway mark while Mr. Verstappen ran away at the front.

“I’m not feeling good, obviously,” said Mr. Leclerc. “The thing that is strange is the feeling is quite okay inside the car but then you look at the pace compared to Red Bull and they are on another planet completely.”

Mr. Sainz kept the lead at the start, with Perez slow in getting away alongside as Alpine’s Fernando Alonso and Mercedes’ Lewis Hamilton slotted into second and third.

The former McLaren team mates then made contact as seven-time world champion Hamilton tried to overtake the double champion around the outside into the Les Combes chicane.

“What an idiot, this guy only knows how to drive starting first,” Mr. Alonso vented. Mr. Hamilton, who parked up his damaged car, accepted responsibility for the incident and said Mr. Alonso had been in his blind spot.

Further behind, Valtteri Bottas beached his Alfa Romeo in the gravel while trying to avoid the spinning Williams of Nicholas Latifi in an incident that brought out the safety car.

George Russell salvaged fourth place for Mercedes, with Mr. Alonso elevated to fifth as a result of Mr. Leclerc’s penalty.

Esteban Ocon took seventh for Alpine, after overtaking two cars in one move — a pass bringing back memories of double world champion Mika Hakkinen’s on Michael Schumacher at the 2000 Belgian Grand Prix.

Aston Martin’s Sebastian Vettel was eighth ahead of AlphaTauri’s Pierre Gasly with Alex Albon securing the final point for Williams in a race he ranked as one of his toughest.

Formula One now heads to Zandvoort for Mr. Verstappen’s home Dutch Grand Prix, the second of a tripleheader that will bring the curtain down on the sport’s European season at Italy’s Monza. — Reuters