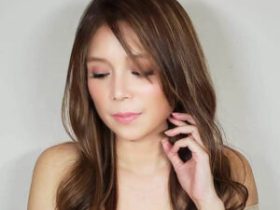 A STUDY has recommended a new model to help reduce the lag in reporting official macroeconomic statistics, which can help the Bangko Sentral ng Pilipinas (BSP) in setting monetary policy.

The study titled “An Application of Large Bayesian Vector Autoregressive (BVAR) Model in Nowcasting the Philippine Economy,” which is part of the BSP’s Working Paper series, formulates a model to nowcast macroeconomic data to reduce the “significant lags” in reporting.

“In an inflation-targeting country like the Philippines where the BSP considers forward-looking indicators in the setting of monetary policy, nowcasts set the initial tone of the near-term path of the economy,” the study said.

However, official statistics are released with lags and are subject to revisions after their initial release.

Given this, there is a need to efficiently gather data from multiple sources to be able to predict macroeconomic variables in a timely manner, the study said.

“We introduced a nowcasting model using mixed-frequency indicators as an additional tool in assessing the real-time growth of the Philippine economy,” it said.

“Moreover, based on forecast evaluation, the nowcasting model also performs better on a shorter horizon even with a large specification in the lag order and a relatively small sample, which verifies results from various related literatures that data-driven approach and inclusion of large information set to capture key macroeconomic variables are useful to short- to near-term forecasting,” it said. — KBT