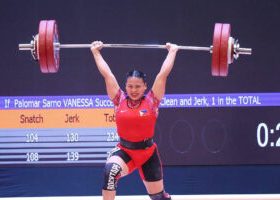 THE MARCOS administration may consider another round of annual salary increases for government employees starting 2024 as the scope of the Salary Standardization Law (SSL) is only until 2023, the economic managers said.

“The national budget proposal for next year includes an appropriation for a study on the need and level of the next round of salary increases in 2024 onward,” Finance Secretary Benjamin E. Diokno told reporters on Friday.

Budget Secretary Amenah F. Pangandaman said the Governance Commission for Government-Owned and Controlled Corporations has been given a budget to conduct a study for the next SSL.

“The budget for the study of the next salary standardization will amount to P49.5 million,” she said during the Development Budget Coordination Committee’s (DBCC) briefing for the House Committee on Appropriations on Friday.

Mr. Diokno said that part of the study would assess the sustainability of further salary hikes amid the tighter fiscal space and plans to rightsize the bureaucracy.

Ms. Pangandaman told lawmakers that the government can renew the individual contracts of an estimated 150,000 contract of service (COS) and job order (JO) workers in the National Government, and even engage new services under similar contracts, until Dec. 31, 2022.

“Since said deadline is already approaching, the DBM conducted focus group discussions this month with departments and agencies to check their readiness regarding the implementation of said government contracts starting 2023,” Ms. Pangandaman said.

“However, all of them are requesting extension on the engagement of COS and JO for about two [to] three years in order for them to have ample time to absorb their existing qualified JO and COS as necessary. The DBM will have a meeting with the office of the chair of the CoA (Commission on Audit) regarding said proposal of the different departments and agencies,” she added.

At the same briefing, ACT Teachers Party-list Rep. Francisca “France” L. Castro expressed support for the salary increase, citing how the purchasing power of Filipinos is being eroded due to faster inflation.

Inflation quickened to 6.4% in July, the fourth consecutive month it exceeded the central bank’s 2-4% target band. The seven-month average stood at 4.7%, reflecting the impact of soaring transport, fuel, and food expenses.

“The adjustments, just like in recent years, are also partly meant to attract more talent, in view of more competitive salaries in the private sector and also versus much higher salaries abroad for some workers who are attracted from the government,” Mr. Ricafort added in a Viber message.

Mr. Ricafort said the government should also consider the limited funds, especially with the debt incurred during the pandemic.

“Government service is an important part of nation building. As far as proper compensation, people in government should be top of mind in terms of keeping up with high inflation and its effects. Note, however, that higher salaries mean more costs and subsequent critical fiscal decisions have to be made,” said UnionBank of the Philippines, Inc. Chief Economist Ruben Carlo O. Asuncion in a Viber message.

The SSL was signed by then President Rodrigo R. Duterte in 2019, the fifth law to date which implemented an increase in the annual salary of government workers.

The law’s implementation schedule is Jan. 1 of every year until 2023, covering all personnel, whether they are “regular, casual, or contractual; appointive or elective; and on full-time or part-time basis.”

The increase applies to government personnel in the Executive, Legislative, and Judicial branches; local government units (LGUs); and as well as certain constitutional commissions and government-owned and -controlled corporations (GOCCs).

Those excluded from the increase are military personnel; GOCCs covered by a Compensation and Position Classification system; and job-order or contract workers. — Diego Gabriel C. Robles