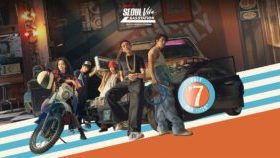 I wrote the above paragraph in September 1991, during the national discourse on the Treaty of Friendship, Cooperation and Security between the Philippines and the United States, or, in blunt terms, the extension of the treaty on the US military bases in the Philippines for 10 more years in exchange for economic aid worth $200 million every year. There were those who said that the extreme necessity and harsh reality of our national circumstances dictated that we approve the extension of the treaty. They said that the aid would allow us time to get our act together. We could begin to build a modern economy that is robust, one that is not vulnerable to attempts of military takeover or natural disasters such as the Mt. Pinatubo eruption just two months earlier that put the economy in a precarious state.

I argued that back in 1966, when the military bases agreement was amended to remain in force until 1991, we had 25 years to get our act together but we did not. And I cited the sorry state of our sugar industry as evidence of our lack of resourcefulness to rationalize our industries and thus improve the economy. As a sugar planter said then, domestic cost of production was almost 15 cents a pound, the world price was 10 cents and the US sugar market paid 21 cents per pound. That distorted production efficiency. The sugar producers had no incentives to cut costs and to diversify and develop by-products.

The export of Philippine sugar to the United States, independence of the Philippine Islands, and the US military bases first tangled in the late 1920s.

The grant of independence to the Philippines by the United States was seen by past generations as an act of benevolence and nobility in that it recognized the inherent right of a people to be free and that it renounced America’s imperialistic ambitions. In reality the grant of independence to the Philippines was in response to the pressure put to bear on the US Congress by powerful farm groups from agricultural states.

The influence of the farm groups grew stronger when they were joined by prominent Americans opposed to America’s expansionist agenda. Various bills proposing the grant of independence to the Philippine Islands were introduced in the US Congress. Among them was a bill providing a 10-year transition period of free trade, imposition of quotas on Philippine products, and allowing the entry of 50 Filipinos a year. In exchange, Americans would be granted certain rights in the Philippine Islands. The bill was sponsored by Representative Butler B. Hare of South Carolina, Senator Harry B. Hawes of Missouri, and Senator Bronson Cutting of New Mexico.

As farm incomes dropped drastically during the depression of the 1930s, the bill received strong support from members of Congress from agricultural states, leading to its speedy approval into law as the Hare-Hawes-Cutting Act.

However, the Act had to be approved by the Philippine legislature. Senate President Manuel L. Quezon opposed the Act because of the quota provisions, the limit on the number of Filipinos allowed to enter the United States, the establishment of permanent US military and naval bases, and the indefinite power given the High Commissioner (the personal representative of the president of the United States to the Commonwealth of the Philippines during the transition period 1935-1946, more like an ambassador, in replacement of the Governor-General).

When Franklin D. Roosevelt became president in 1933, he recommended to Congress the revision of the Hare-Hawes-Cutting Law, specifying the removal of the provision on permanent bases, except naval stations. A new bill was introduced in Congress by Senator Millard Tydings of Maryland and Representative John McDuffie of Alabama. The bill provided the extension of free trade from 1935 to 1940 but no more than 850,000 long tons of sugar, 200,000 tons of coconut oil, and 3 million pounds of cordage each year could enter the United States duty-free. A graduated tariff on Philippine exports to America was to be applied beginning with the 6th year of the transition period.

The bill also laid out the steps toward true independence — the framing of a constitution and the surrender by the United States of sovereignty over the islands and recognition of the Philippines as an independent state on July 4, 1946. Full United States tariffs were to be paid after that date.

The new bill went through the Congressional mill smoothly, becoming law in 1934 as the Tydings-McDuffie Act. It was readily approved by the Filipino legislators because they considered it the best they could get from the colonial power at the time, and because there was provision of review in the future.

The United States quota system on sugar remained in force until early 1970s. In 1965, the quota system was amended to a total basic quota of 1,126,000 short tons for the Philippines. Exports of Philippine sugar to the US enjoyed preferential treatment until 1970. As foreseen in the 1990s, the domestic sugar industry is now in shambles.

Oscar P. Lagman, Jr. is a retired corporate executive, business consultant, and management professor. He has been a politicized citizen since his college days in the late 1950s.