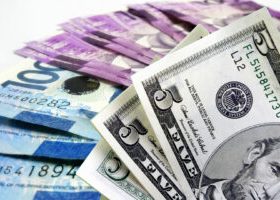 THE PHILIPPINE CHAMBER of Commerce and Industry (PCCI) on Monday said House Speaker Ferdinand Martin G. Romualdez has committed to having at least five measures in the business group’s wish list enacted in the next three years.

In a statement, the PCCI said its officials met with Mr. Romualdez on Aug. 4 to discuss the business group’s legislative agenda composed of 16 measures.

“Mr. Romualdez committed to have 5-10 of the measures enacted within the next three years. He assured PCCI that the business sector will be consulted in crafting laws related to trade and commerce, vowing to hear all relevant stakeholders before passing any legislation,” the PCCI said.

PCCI President George T. Barcelon said the business group is ready to work with the government on reform measures “to boost and strengthen the country’s economic, social and health sectors.”

Also included in the PCCI’s legislative agenda are the Successful Farmers Development Act amending the Comprehensive Agrarian Reform Law, Tree-Growing Act, and the amendment or repeal of the Salt Iodization Nationwide (ASIN) Act.

The business group also pushed for the passage of the International Maritime Trade Act, as well as amendments to the Philippine Ports Authority Act, Philippine Qualification Act and the Dual Training System Act.

Among the PCCI’s proposed measures, only the Package 3 and 4 of the CTRP were included in the priority measures announced by President Ferdinand R. Marcos, Jr. during his State of the Nation Address on July 25.

The House Committee on Ways and Means passed Package 4 of the CTRP on Aug. 24.

“As the 19th Congress convenes its regular sessions, the PCCI is counting on the House of Representatives to pursue the enactment of business-friendly measures crucial to recovery efforts, jobs creation and the long-term progress of the economy,” the group said. — Revin Mikhael D. Ochave