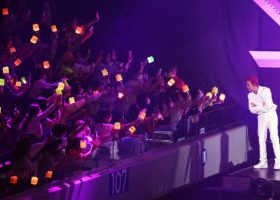 (First of a series)

Transfer Pricing (TP) compliance is still relatively new for most taxpayers, even though the Bureau of Internal Revenue (BIR) first released TP regulations in 2013 followed by a series of issuances between 2019 and 2021.

Compliant or not, I do observe though that taxpayers are pretty much aware of the principles of TP and the objective of BIR in requiring TP compliance. That is, controlled transactions with related parties are carried out in the same manner as those of third parties (referred to as the Arm’s-Length Principle or the ALP) to prevent loss of tax revenue for the government.

One of the TP compliance items is the preparation of Transfer Pricing Documentation (TPD) which is required for certain identified taxpayers. Despite awareness of the requirement, some taxpayers have not come around to preparing their TPD. I guess their reason could be the dearth of TP audits by the BIR, unlike regular tax audits, so why bother? Another reason could be limited resources or knowledge in preparing TPD.

With or without TP audits, it is best to start preparing TPD because having one helps taxpayers make better business decisions. One of the components of a TPD is the Function, Assets, and Risks or FAR analysis. I will provide some guidelines in preparing FAR analyses in accordance with Revenue Regulations (RR) No. 2-2013 and Revenue Audit Memorandum Order (RAMO) No. 1-2019.

The price or margin normally reflects and correlates to the function of the business, the assets or investments utilized, and risks assumed on producing/distributing the products or rendering the services. For instance, an entity selling a product with a warranty should earn a higher return or price compared to another entity selling the same product without the provision of warranty. The difference in margin is due to the additional function performed and risk borne by the first entity. Likewise, a product with reputable branding is expected to fetch a higher return or price compared to that of a similar product without the branding, due to the additional asset (in this case, trademark) employed in enhancing the value of the product.

An example is a Business Process Outsourcing (BPO) entity that is engaged in business development, generating and maintaining its own clients through its selling and marketing activities. Such a company is expected to earn a higher return compared to a BPO that merely provides routine support to a parent company or is subcontracted by the parent company to service clients. Likewise, a mobile game developer with significant investments in software that hires highly experienced engineers to enhance the visual and audio effects of a game is expected to earn a higher return compared to a game developer having none or fewer of these assets. The difference in return is due to the additional functions performed, assets employed, and risks borne by the first entity.

WHY IS FAR ANALYSIS IMPORTANT?FAR analysis is performed to accurately identify the characteristics of the taxpayer’s business as well of their counterparts. These allow a picture of how proportional the risks the company is bearing and the profit it is generating. For instance, the level of return of a full-fledged manufacturer cannot be compared to a toll or contract manufacturer because the latter has generally fewer functions, assets, and risks. Likewise, the level of return of a full-fledged distributor cannot be compared to a limited-risk distributor or sales agents.

HOW IS FAR ANALYSIS DONE?FAR analysis is a mapping or gathering of the economically relevant facts and circumstances surrounding the transaction between two or more related parties if applicable, it allocates the functions, assets, and risks among the parties involved in the controlled transactions.

Typically, the FAR of each unit or division of the entity that is relevant to the controlled transaction is identified. For instance, in a manufacturing entity, the functions performed by the research and development, procurement, production, logistics, sales, marketing, and advertising, finance department, among others, are identified and documented.

The assets used in performing various functions such as land, buildings, plant, machinery, equipment, and intangible assets such as production know-how, patent of product or license of trademark, etc. should be identified and documented.

Last, an appraisal of risk is also important in determining the arm’s length price or return. The possible risks assumed that should be considered in the analysis include market risk, risk of change in cost, price or stock, risk relating to the success or failure of research and development, financial risk such as changes in foreign exchange and interest rates, credit risk, etc.

In practice, one cannot be expected to compare all functions, assets, and risks. Hence, it must be emphasized that only functions, risks, and assets that are economically significant in determining the value of transactions or margins of entities should be identified and compared.

WHERE DO WE GET THE INFORMATION?The source documents for compiling information relevant to the FAR analysis are readily available from within the company, such as annual audit reports, segmented financial statements, organizational charts and/or group structure, the list of all employees with related job descriptions and the authority of relevant employees, the product or service flow manual, pricing policies, etc.

Subsequently or as needed, interviews with the various personnel of the business units can be conducted to further understand or validate the information on hand. For example, key officers may provide the context or rationale behind entering into the affiliated transaction, validating with the finance personnel that the prices in intercompany agreements are actually followed, inspections may also be performed with the production team to verify the existence of equipment, or confirm the risk of inventory shrinkage. Again, facts are important in producing an accurate FAR analysis.

Again, such characterization is essential in finding the correct comparables which will determine an appropriate price or return received by the entity or its related parties considering the functions performed, assets used, and risks borne by each party.

HOW FAR ARE YOU IN TPD?There is a saying, “So near, yet so far.” In your case, start preparing the FAR analysis and you are one-fourth done in your TPD. That is to say, “So near and not so far, when FAR is done.”

In the next items of our series, we will take you through the other components of the TPD. Stay tuned.

Let’s Talk Tax is a weekly newspaper column of P&A Grant Thornton that aims to keep the public informed of various developments in taxation. This article is not intended to be a substitute for competent professional advice.