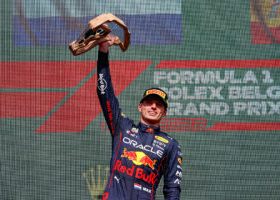 Max Verstappen sets F1 record for most wins in a season

JAKARTA — An Indonesian militant has expressed regret for his role in the deadly 2002 Bali bombings, media reported on Monday, as news of his impending release sparks outrage in Australia.

Umar Patek was sentenced to 20 years in prison in 2012 for his involvement in bombings that ripped through two Bali nightclubs, killing 202 people, including 88 Australians. He became eligible for parole this month after a series of remissions for good behavior.

The exact date of his release, the final signoff for which rests with Indonesia’s justice minister, remains unclear.

Citing a rare video shot in the Porong prison where Bali bomb-maker Mr. Patek is being held, Australian broadcaster ABC News reported he also hopes to warn young Indonesians about the dangers of religious extremism upon his expected release.

Reuters was unable to review the video of Umar Patek. It has been removed from Porong prison’s official YouTube channel as it had not been authorized by the justice ministry, said the prison head, Jalu Yuswa Panjang.

News of Mr. Patek’s impending parole has sparked concern in Australia, with PM Anthony Albanese saying his release would have a “devastating impact on the families of victims”.

On Sunday, East Java’s Porong prison, where Mr. Patek has been held since 2014, uploaded a 20-minute video of Mr. Patek and the prison head strolling through the prison grounds as the convicted militant discusses his role in the deadly attack, according to a report by ABC News Australia.

“My mistake was to be involved with the Bali bombing,” he tells the prison head in the video, as reported by ABC. During his trial in 2012, Mr. Patek’s lawyers argued he only followed orders when he assembled the bombs, and had neither planned nor executed the attack.

Indonesian authorities have since highlighted Mr. Patek as an example of the country’s deradicalization efforts. — Reuters