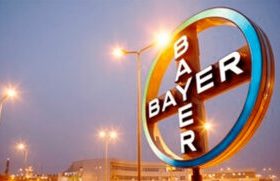 Solar panels are being installed on the roof of a mall. — GREEN HEAT HANDOUT PHOTO

THE Department of Energy (DoE) said it has set a target of 52,826 megawatts (MW) of additional renewable energy (RE) capacity by 2040 or seven times the current level.

Marissa P. Cerezo, director of the Renewable Energy Management Bureau, said at a briefing led by the Center for Energy, Ecology, and Development on Saturday that solar energy will account for 51.5% or 27,162 MW of the targeted new construction.

Ms. Cerezo added that wind will account for 16,650 MW with the remainder consisting of hydro, geothermal, and biomass.

“The basis of this figures are the projects we have now registered at the department. These projects are at different stages, (and the projections are weighted towards) those that are in the development stage that are already undergoing construction,” Ms. Cerezo added.

The DoE is also looking to address the intermittency issues for the various forms of RE such as solar and wind, by enhancing weather forecasting system, according to Ms. Cerezo.