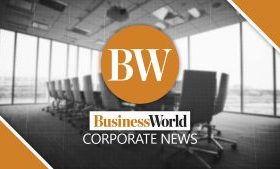 It has become my panatâ (vow) to write a remembrance of my late wife Mae on her death anniversary (Aug. 30). The topic need not be about Mae herself. The remembrance extends to acts of goodness of others that I associate with Mae. Or a remembrance of the good people whom Mae related with.

Here, I remember Gilda Cordero-Fernando (GCF), whose second death anniversary was commemorated a few days ago, on Aug. 27. Let me quote her again on immortality, which I have often used in my writing and talking. (See, for example the BusinessWorld column titled “Immortality,” Aug. 29, 2021.)

GCF wrote: “Maybe immortality is not so much about a deathless identity as those impulses towards good that we leave behind. A courageous act. A discovery. A more equal way of life. An original style. A kindness. A lesson of truth. It is for others to be inspired, to pick up, to build on, modify, expand or detail, and pass on. Without necessarily knowing its source and not in their original space either but morphing forever and ever. Maybe the ever-flowing river of influences is the real immortality. And that’s anonymous.”

I relate the GCF quote to a discovery a few days ago — about the life of Ernest Leung whose birth anniversary was celebrated on Aug. 25. Ernest’s public persona was that of a senior government official, including being a Finance Secretary, whose demand for the highest standards made him an outlier.

On Ernest’s birth anniversary, I visited his Facebook (FB) page. He had at least six accounts connected to my FB! This is not to say that Ernest was addicted to FB and had thousands of friends. Rather, his having many FB accounts showed how technologically challenged he was vis-à-vis social media. His existing six accounts do not even contain Ernest’s photo profile; he did not know how to upload his picture. I surmise that Ernest was clueless about logging in to his account, forcing him to create a new one every time he exited FB. (He found a way to avoid this problem by not logging out.)

Fortunately, the Ernest Leung account I visited, one of the six, led me to an amazing discovery — an inspiring message that his son posted more than two months ago. His son Nikolai, a wunderkind, wrote:

For the first time in over 26 years of working at this company, I am considering resigning as a matter of principle.

I’ve always told people that I’ve managed to work in my organization for so long because the leadership always tries not to compromise on integrity in whatever we do.

But today, against my own suggestions, the leadership is wobbling.

It’s nothing huge. Essentially we are being awarded the equivalent of a second Emmy statue for our work. And although we believe we are completely deserving of it, the process by which it was awarded to us and others is questionable and non-transparent. Because of this, I do not think we should accept the award until there has been a proper investigation into the whole selection process.

At issue is that I am the one out front publicly pushing the other organization for transparency and proper governance, fighting with their chairmen who have been dismissive and stonewalling me. And my company now seems willing to back-down and compromise even if the chairmen have not given what we, through me, have required.

It doesn’t surprise me that this is what I believe. What surprises me is the ease at how ready I am to make the decision to resign if my company decides to ignore my concerns.

And then I was reminded.

Out of the blue, my cousin, Dennis, was talking to me last Friday about his first job as a journalist at the Inquirer newspaper in Manila. Many people, from the junior writers up to the senior editors, would ask him how he was related to Ernest Leung.

I never fully understood how so many people recognized my father’s commitment to integrity in public office. There were newspaper articles suggesting that an “Ernest Leung” award be given to civil servants who displayed the same level of integrity in their work. And I do recall some stories of my father frequently disagreeing with the president openly in front of his cabinet — I understand that too many episodes of that may have led him to getting fired and replaced with someone who was more agreeable.

People at the newspaper seemed to understand this and my cousin was always looked at a little differently. He had a halo about him. It inspired him to try to do right by his uncle.

And then I remembered my father’s father. On his deathbed in that public hospital in New York City, barely conscious, he was screaming. It didn’t matter that they had tried to torture him to death over 50 years earlier. He continued to carry the scars for the rest of his life and into his death.

The stories of his capture and torture by the Japanese soldiers tortured most of my own childhood. I worried about torture. I read about it. Movies that involved it would get stuck in my mind for months, then years. I fantasized about what I would have to do if I were being tortured.

That started when I was five.

But beyond the story of the US congressional medal awarded to him, the piece that I had forgotten about, or maybe was never properly explained to me, was why.

Beyond the “how could anyone do this to any human being?!” there was the lingering “Why did they do this to him?”

During the Japanese occupation, many of the Chinese immigrants fled into the mountains. For some reason my grandfather had stayed behind and was captured. The torture was part of an interrogation to coerce him to reveal the location of the others.

He never said a word as they forced the water hose into his mouth, then repeatedly jumped on his belly forcing water out through his nose, eyes, and ears. But now, on the hospital bed, he was screaming in his dreams as his own life was coming to an end.

And then I understood. How could I not consider standing up to what I think is not right?

P.S. If you have any stories of my father or of your own about you or people standing up please share with us here. Think of it as a tribute to them and what is so powerful about our collective human spirit.

Nikolai’s story is another concrete expression of my favorite quote from GCF. A discovery. An act of courage, an act of fairness and kindness, an act of truthfulness and transparency. Lessons that are passed on.

And so this remembering for Mae and departed loved ones like GCF and Ernest is likewise a tribute for people like Nikolai whose acts of goodness are a continuation of their ancestors’ legacy.

Upon reading Nikolai’s message, I wrote to him and thanked him for what he wrote. I told him that “the fruit doesn’t fall far from the tree.” To which he replied: “I am learning to stay even closer to people who disagree with me and figure out how to work together. It’s been quite a challenge, one which my dad really struggled with….”

Nikolai continued, “So maybe the fruit falls a little farther from the tree… at least enough to bask in the sunlight and maybe grow a little more than our father’s managed to?”

Which provides another lesson: Our models, our idols, are imperfect. Ernest was unpleasant and harsh when making criticisms, even as his criticisms were valid. (I and a few others were lucky for not being the object of Ernest’s ridicule.) GCF could be insensitive to the decorum that her generation desired. Mae, my wife, had a short temper, which she was able to correct much later.

But, at the same time, it is that imperfection that makes the lives of good people more authentic, more amazing. Despite the imperfections, we have a wonderful world to behold.