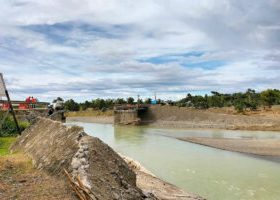 THE Land Bank of the Philippines (LANDBANK) said it is waiting for the Department of Agriculture (DA) to complete its list of rice farmer beneficiaries eligible for P5,000 in aid, which will be implemented via the issuance of cash cards.

“The bank is dependent on the submission from the DA of the list of accounts of farmer-beneficiaries for opening and card production. The list will then be duly validated by LANDBANK,” the bank’s President and Chief Executive Cecilia C. Borromeo said in a statement.

“LANDBANK is cognizant of the need for government cash assistance to reach marginalized Filipinos, especially our farmers. We assure the public that these limited and precious resources are being managed with utmost prudence, and we will continue to work closely with the DA for the immediate release of the cash grants,” she said, in response to allegations of delays in the bank’s disbursements.

The state-run bank said that the delays involving 90,227 farmers in Regions I, II, III and VI is primarily due to the DA’s request for LANDBANK to procure Intervention Monitoring Cards, which will be used for the distribution of the cash aid.

The program is part of the Rice Tariffication Law, with the DA as the lead agency and LANDBANK as the disbursing arm. Farmers eligible for aid are those tilling not more than two hectares.

Last week, the Federation of Free Farmers (FFF) urged President Ferdinand R. Marcos, Jr. to effect the release of about P1 billion held by LANDBANK to augment the incomes of 181,000 rice farmers.

“LANDBANK’s inaction is deplorable because it has possessed the requisite funds of about P1 billion for about a year already, and farmers could have used the cash subsidy to help offset high  fertilizer and fuel prices for rice production,” FFF Chairman Leonardo Q. Montemayor said in a statement.

“We have learned further that, in Tarlac, (affected farmers number more than )15,000 — of whom 3,384 are found in Camiling municipality. Our farmers are also at a loss as to when they will get their income support for 2022,” he added. — Luisa Maria Jacinta C. Jocson