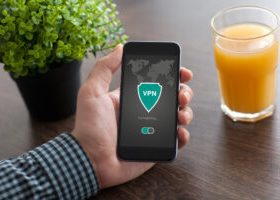 VPN Vs Proxy – What is the Difference?

EX-PHILIPPINE President Ferdinand E. Marcos and his family at the presidential palace on the day of his 1965 inaugural. — MALACANANG.GOV.PH

THE PRESIDENTIAL Commission on Good Government (PCGG) should not be abolished during Philippine President Ferdinand R. Marcos, Jr.’s rule due to conflict of interest, according to political analysts.

“The PCGG should eventually be abolished but not now and not during the Marcos administration,” Antonio M. La Viña, a human rights lawyer and former dean of the Ateneo School of Government, said in a Facebook Messenger chat.

“It’s in bad taste to do that now. I suggest a 10-year time frame for proper closure of all the cases that are still pending.”

At a House of Representatives hearing last week, Cagayan de Oro Rep. Rufus B. Rodriguez and Cavite Rep. Elpidio F. Barza, Jr. said the PCGG had “outlived its usefulness,” adding that agencies such as the Department of Justice and Office of the Ombudsman could take over pending ill-gotten wealth cases.

The late Corazon C. Aquino created the PCGG in 1986 to go after the ill-gotten assets of the late dictator Ferdinand E. Marcos, his family and cronies that were amassed during his two-decade reign. The elder Marcos is the father of the current Philippine president.

PCGG Chairman John A. Agbayani said the agency should be strengthened to help relieve other agencies of handling graft and corruption cases, according to a live-streamed video of the hearing. He noted that for this year alone, the PCGG has remitted P850 million to the Treasury bureau.

Abolishing the PCGG would be an attempt to “dismantle the institutional condemnation of everything the elder Marcos has done,” Hansley A. Juliano, a former political science professor studying at Nagoya University’s Graduate School of International Development in Japan, said in a Facebook Messenger chat.

“There are so many other cases, both local and international, regarding the Marcoses’ ill-gotten wealth that have not been properly processed, not to mention the other cases of corruption of other politicians over the years.”

Last week, the Campaign Against the Return of the Marcoses and Martial Law opposed a proposal to abolish the PCGG. Reassigning pending corruption cases to other agencies could slow proceedings, it said.

“Much more can be discovered and recovered, but abolishing the institution will only put all such efforts down the drain,” it said in a statement.

A popular street uprising toppled the dictator’s regime in February 1986, forcing him and his family to flee into exile in the United States.

The president earlier asked the country’s anti-graft court Sandiganbayan to consider the dismissal of several ill-gotten wealth lawsuits against his family in a similar case.

In July, the Sandiganbayan Fourth Division affirmed its 2019 ruling that dismissed the state’s lawsuit seeking to recover at least four Marcos properties in the absence of sufficient evidence that these had been illegally obtained.

The PCGG filed the case in 1987, accusing business associates of the late dictator and his wife Imelda of acting as their dummies to acquire ill-gotten assets.

Some of the associates are set to present evidence at the case’s next pre-trial hearing on Sept. 1.

After the elder Marcos’ death in 1989, the court ordered his heirs — Imelda, Marcos Jr. and his sisters Imee and Irene — to substitute for him in the case.

Political analysts have said an unfavorable judgment against the Marcoses could lead to a constitutional crisis since law enforcers are under the president.

A favorable outcome could result in more allegations of using executive power to influence other institutions to protect himself and his family’s interests, Maria Ela L. Atienza, who teaches political science at the University of the Philippines, said on July 9.

In 2003, the Philippine Supreme Court awarded the Philippine government $658 million (P37 billion) of the dictator’s frozen Swiss bank deposits. The court ruled only about $304,000 of the Marcos family’s income was lawful.

Former Supreme Court Justice Antonio T. Carpio had said the former president’s unpaid estate tax, worth P23 million in 1997, had ballooned to more than P200 billion due to interests and other fees.

Tax bureau chief Lillia C. Guillermo said she would enforce the collection of the unpaid estate tax of the elder Marcos as ordered by the courts.