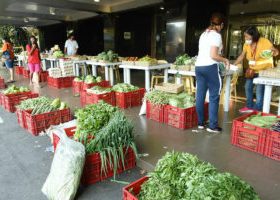 THE Court of Tax Appeals (CTA) has affirmed its decision that denied First Gen Hydro Power Corp.’s claim for a refund worth P15.95 million allegedly representing its excess value-added tax (VAT) traced to zero-rated sales for the year 2016.

In a 24-page decision on Aug. 18 and made public on Aug. 26, the CTA full court denied the firm’s motion to present additional evidence since it should have presented the same during the trial.

“Its failure to present said evidence is its own negligent act, which the court will not reward by remanding the case,” according to the ruling written by CTA Associate Justice Marian Ivy F. Reyes-Fajardo.

“Every litigation must come to an end and parties cannot be given unbridled license to prove its case anew when its failure to do so was a product of its own negligence.”

The petitioner is a subsidiary of First Gen Corp., a listed company engaged in the power generation business.

First Gen Hydro argued that the tax court made an error in ruling its sales were not zero-rated and sought to present Bureau of Internal Revenue records and other pieces of evidence to support its claim.

The tribunal argued that the subject sales could not be considered zero-rated since they were made before the issuance of certificates of compliance (CoCs) by the Energy Regulatory Commission (ERC).

Under the country’s tax code, zero-rated sales are transactions made by VAT-registered taxpayers that do not result in any output tax.

Taxpayers must also comply with invoicing requirements such as submitting a CoC issued by the ERC mandated by the Electric Power Industry Reform Act of 2001.

“Petitioner (First Gen Hydro) should have argued and proved before the court in division that the foregoing determination by the commissioner of internal revenue (CIR) does not stand,” said the court.