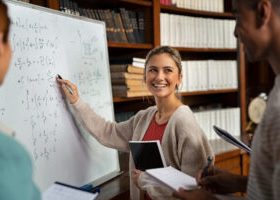 Rishi Sunak plans compulsory maths until 18 for every schoolchild

NEW DELHI — For years Indian television company NDTV pursued an independent line critical of the government even as others embraced strident nationalism. Now a proposed takeover by tycoon Gautam Adani’s conglomerate has raised fears that one of the country’s last bastions of free media is under threat.

NDTV is seeking to block the bid by Mr. Adani, who is India — and Asia’s — richest man, citing regulatory restrictions related to what it called an “entirely unexpected” move .

NDTV, founded in 1988, blazed a trail for independent broadcasting in India as the country opened up to free market enterprise. Journalists in the country view Adani’s play with trepidation.

“We all feel dejected,” a current senior NDTV journalist, who declined to be named as employees are not authorised to speak on the issue, told Reuters.

“The main concern is our editorial independence which we think will be compromised” by the hostile takeover. NDTV runs one of India’s most popular news websites along with channels in Hindi and English.

Adani Group said NDTV was “the most suitable broadcast and digital platform to deliver on our vision.” A spokesperson for Mr. Adani did not respond to a request for comment on whether the channel’s independence would be compromised by a takeover.

Also critical of the opposition Congress party when in power, the network has been at loggerheads with Modi and his brand of Hindu nationalist politics since long before he became prime minister.

After taking office in 2014, Narendra Modi cast the media as part of an out-of-touch elite and India fell in media freedom rankings. Outlets owned by industrial families have aligned themselves with the government, Reporters Without Borders said this year.

Mr. Adani has previously said he is not close to Mr. Modi. While his rapid ascent of the Forbes’ rich list has taken place in tandem with Mr. Modi’s political fortunes and both hail from the state of Gujarat, there is little evidence of strong links between the two men beyond the politician’s use of Adani-owned private jets before he became prime minister.

Regardless, media observers say that ownership by corporate titans has had a negative effect on journalism in India.

“Media ownership for many corporates has been a way of creating favors so that other businesses can grow. That cross-ownership is a huge problem,” said Hartosh Singh Bal, the political editor of the Caravan magazine, one of India’s few remaining independent media publications.

“In terms of independence the other channels don’t even come close. Not only is government’s view propagated through them, but any counter-narrative, any fact challenging the government is dismissed, and I see that the same thing will happen.”

Saba Naqvi, a veteran freelance journalist and visiting lecturer at India’s Jindal School of Journalism and Communication, said NDTV was one of the few networks in India with the size and credibility to hold the government to account.

“It is the last influential outfit ready to take on the government,” she said

“It’s a crown jewel in the media landscape.”

Owned by husband-and-wife team Prannoy Roy and Radhika Roy, NDTV has been criticized by Mr. Modi’s supporters for bias against him. Fans compare it favorably to other networks, where split-screen debates crowded with panelists regularly descend into chaos.

“It stands out as the one place you can occasionally get a sensible debate,” Ms. Naqvi said.

The proposed takeover comes amid a worsening landscape for independent journalism in the county.

India fell to 150 out of 180 countries ranked in Reporters Without Borders’ World Press Freedom Index this year, its lowest position ever.

The government rejects the group’s conclusions, pointing to a lack of transparency and objectivity, and says it protects the rights of journalists in the country. — Reuters