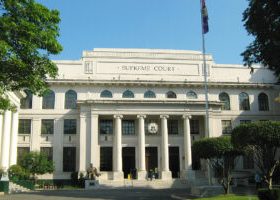 VATICAN CITY — Roman Catholic cardinals from around the world gather for events at the Vatican starting this weekend that could amount to a dress rehearsal for an eventual conclave to choose a successor to Pope Francis after he dies or resigns.

On Saturday Francis will induct 20 prelates into the College of Cardinals, the exclusive group whose members serve as the pope’s top advisors and administrators at the Vatican and around the globe.

Sixteen of the newcomers are under 80 years old and thus join the even more exclusive inner sanctum known as cardinal electors, eligible to enter a secret conclave to choose the next pope from among themselves.

Saturday’s ceremony — known as a consistory — is the eighth time Francis has named new cardinals, again putting his stamp on the Church’s future by choosing men who mostly agree with his vision of a more inclusive Church.

“The odds are now in favour of having another pope who will continue Francis’s policies, but you never know how cardinals will vote once they enter a conclave,” wrote Father Tom Reese, a Church historian and columnist for Religion News Service.

One significant appointment in the richer countries is that of Bishop Robert McElroy of San Diego, California, who is seen as a progressive. By giving San Diego its first cardinal, Francis bypassed conservative archbishops in San Francisco and Los Angeles.

McElroy has been an outspoken ally of Francis’ pastoral approach to social issues, such as protection of the environment and a more welcoming approach to gay Catholics.

McElroy also has opposed conservative US clergymen who want to ban Catholic politicians, including President Joseph R. Biden, Jr., and House of Representatives Speaker Nancy Pelosi, from receiving communion because of their support of abortion rights.

Francis, elected as pope in 2013, has now chosen 83 of the 132 cardinal electors, or about 63%. Church law stipulates a maximum of 120 electors but popes regularly ignore that, mostly because the numbers go down as other cardinals turn 80 and lose their voting rights.

The 85-year-old pontiff told Reuters in an interview last month that if he does resign in the future for health reasons — instead of dying in office — he has no plans to do so anytime soon. This means he could name even more cardinals as soon as next year.

GETTING TO KNOW YOU

Perhaps more significant than the consistory itself will be two days of closed door meetings of cardinals on Monday and Tuesday.

The meetings, officially to discuss the Vatican’s new constitution, will give cardinals a rare opportunity to size each other up in person without being under the pressure of gathering to elect a new pope.

“For the majority of the cardinals, it will be the first time they can get to know each other personally,” wrote Luis Badilla, head of the Il Sismografo website that specialises in Church issues. He said they would be a “rehearsal for a conclave.”

Since his election as the first Latin American pope, Francis has mostly broken the mold used by his predecessors in picking cardinals. Often he has preferred men from far-flung places or smaller cities, rather than from big capitals of the developed world where having a cardinal was considered automatic.

Archbishop Leonardo Steiner of Manaus, Brazil, becomes the first cardinal from the Amazon region, underscoring Francis’ concern for indigenous people and the environment.

Mongolia has fewer than 1,500 Catholics but is strategically significant because it borders with China, where the Vatican is trying to improve the situation for Catholics.

With each consistory, Francis has continued what one diplomat has called a “tilt towards Asia,” increasing the likelihood that the next pope could be from the region that is a growing economic and political powerhouse.