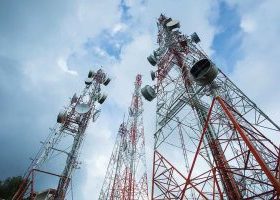 THE SUGAR industry has been stifled by regulation and excessive protection, whose members were not pushed to improve productivity, a former agriculture official said.

“I think we overprotected (and) over-regulated the sugar industry. And there were regulations that allowed them to just be comfortable without improving their efficiency and competitiveness,” Fermin D. Adriano, former Agriculture Undersecretary for Policy, Planning, and Research, said on Thursday on BusinessWorld Live.

“What we’ve seen in some companies since the 1990’s is that they were protected by high tariffs and subsidies. There was never an incentive for them to be able to make their operations efficient,” he added.

“Unfortunately, because of a strong political lobby, we aren’t able to (reform the industry). I think the highest tariff levels in agriculture are in sugar. It’s 50% for the minimum access volume (MAV) and 65% outside of that,” he added.

The MAV is a World Trade Organization (WTO) commitment to open up parts of a market for goods to foreign producers. Each country designates commodities it wishes to protect, either by charging tariffs or restricting volumes, in negotiations with trading partners.

Mr. Adriano said the problem is mainly in the supply of refined sugar, not raw sugar.

“Based on official data, there is a real shortage, but the problem is there’s confusion between what they call washed or raw sugar, and refined sugar,” he said.

“We’re relatively sufficient in terms of raw sugar; in fact we have a surplus of about 1,400 metric tons (MT) per year of brown sugar or raw sugar. But definitely we have a shortage (of) refined sugar because the annual shortage is about 384,000 MT,” he added.

Mr. Adriano said the government should come up with a master development plan for sugar as imports will not solve the industry’s structural problems.

“There has to be a master plan. Unfortunately, because of the current situation, it’s inevitable that we need to import, but that’s a very short-term solution to the problem. The long-term solution is to address the structural problems of the industry, like… sharing arrangements (between planters and millers), and the fragmentation of sugar lands into minuscule sizes,” he said.

“The government must come out with a sugar master plan that will turn around the fortunes of the sugar industry, otherwise it will continue its downward trend. That’s the challenge right now, to come up with a master development plan that is acceptable to all stakeholders,” he said.

“Moving forward, President Ferdinand R. Marcos, Jr. emphasized that imports should be our last priority. As much as possible, he does not want to import,” he said in a speech on Thursday.

“We have been falling short in the past few years because of various factors, some of which are beyond our control such as climate change, high input prices and of course the pandemic, which drove up our production costs,” he added.

Mr. Alba said that the SRA is looking to implement a drainage plan in farms and lengthen the planting season, while committing resources to research and development, technology and mechanization.

“This is also why we will work on ensuring that we get the full funding allotted for the implementation of the Sugar Industry Development Act (SIDA) so we can efficiently utilize it to meet the industry’s needs,” he said.

“This year, SIDA funding was further cut down to a fourth of the original P2 billion allocation at only P500 million. We have been accused of under-utilizing the SIDA fund. But with proper programming and with the support of Mr. Marcos and our allies in the Congress, we will ask help to circumvent the red tape and go full blast in utilizing SIDA funds by next year to make us globally competitive,” he added.

He said a new sugar order (SO) will likely be released by next week.

The proposed SO No. 1 recommends full allocation of the sugar harvest to class “B,” designated for domestic use, and zero allocation for class “A,” for export to the US.

“This may be a ticklish issue to some, but this is doable because we have done this in the past and we can do it again. I am confident that our commitment to (fill) the US quota will be met again as soon as we have stabilized our nation’s needs,” he added.

He said that the proposed SO No. 2, which would authorize the import of 150,000 MT of refined sugar, will likely be implemented by mid-September.

“We cannot also do away with imports as the industry cannot meet market demand, as yet. Upon the recommendation of the President, we will work on the import order for 150,000 MT of refined sugar… to stabilize market prices. Again, this will go through further deliberation so we can draw up the mechanics (that are) equitable to all players, before submitting the same to Malacañang for its approval,” he said.

“Our target is to have SO No. 2 released by mid-September so its arrival will not interfere with the resumption of operations by our sugar refineries, which normally start mid-November,” he added.