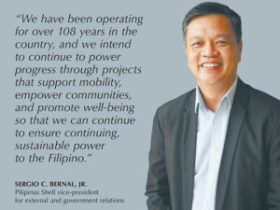 NEWS website Bulatlat.com on Thursday asked a Quezon City trial court to hold the National Telecommunications Commission (NTC) in contempt for leaving its website blocked despite being ordered to stop limiting access.

In a six-page petition, Bulatlat said the country’s telecommunications regulator went against the trial court’s order to unblock the website.

It added that the NTC’s non-compliance is an “inexcusable act of defying a lawful order of the court,” which made the agency liable for indirect contempt of court.

“Despite due service of the writ, the respondent defied, and continues to defy, the writ of a preliminary injunction, wherein it was enjoined to discontinue the implementation of its memorandum dated June 8, 2022,” according to the plea.

Bulatlat noted that its website remains blocked and inaccessible to its subscribers on several internet service providers.

The court earlier ordered the NTC to stop limiting access to the website since its order violated the plaintiff’s right to free speech and of the press.

Bulatlat Managing Editor Ronalyn V. Olea said the NTC’s continued blocking of its website is an “outright defiance of the country’s independent judiciary and was an assault of the public’s right to access credible sources of information.”

She said editors had to use virtual private networks to publish news articles and other content.

In June, the NTC issued an order to block 26 websites allegedly “affiliated to and are supporting” the Communist Party of the Philippines, New People’s Army, and the National Democratic Front.

The order was made upon the request of former National Security Adviser Hermogenes C. Esperon, Jr.