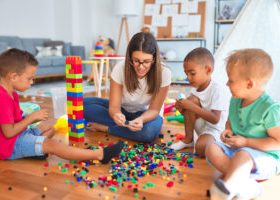 PEOPLE line up outside the Commission on Elections office in Quezon City on July 8 to register as voters for the supposed Dec. 2022 barangay and youth council elections. — PHILIPPINE STAR/ MIGUEL DE GUZMAN

A SUBSTITUTE bill postponing the December 2022 village and youth council elections to 2023 has been approved by the House Committee on Suffrage and Electoral Reforms.

“Through series of approved motions in the last meeting, we agreed as a committee to craft a substitute bill, consolidating more than thirty bills filed,” Mountain Province Rep. Maximo Y. Dalog, Jr., chair of the committees, said during a meeting on Thursday.

The unnumbered substitute measure, which was drafted after the panel’s meeting on August 16, seeks to delay the barangay and Sangguniang Kabataan elections to December 2023.

Mr. Dalog said the postponement would allow more Filipinos to register as voters.

He added that it would allow the government to apply corrective actions on the allowances of poll workers, which remain subject to tax.

On Tuesday, the Senate Electoral Reforms and People’s Participation Committee also held a hearing on the postponement of the Barangay and Sangguniang Kabataan elections.

Kabataan Party-list Rep. Raoul Danniel A. Manuel gave a dissenting opinion on the postponement, citing that it is “antithetical to the democratic right of every Filipino to choose their own leaders.”

“Through voting, we see democracy at work: people working towards bettering their lives through choosing leaders they perceive that will help them towards that goal and booting out leaders who they perceive as incompetent and do not improve their lives overall,” he added.

Elections for youth leaders and barangay officials were set for May 2021 but were postponed due to the coronavirus pandemic.

The bill will now be passed to the Committee on Appropriations, chaired by AKO-BICOL Party-list Rep. Elizaldy S. Co. — Matthew Carl L. Montecillo