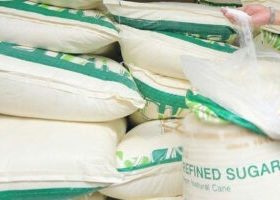 THE Bureau of Customs (BoC) on Thursday said it exceeded its August collection target by 2.8% even before the month’s end.

This comes after a record single-month collection of P84.43 billion in July, which was attributed to increased imports and improved valuations due to higher global prices of oil and other commodities.

“The BoC has been surpassing its monthly collection targets since January, and is poised to sustain its consistently good performance record through the implementation of its enhanced reform programs,” the BoC said in a press statement.

In the year-to-date period ending Aug. 23, the BoC has collected P541.664 billion in revenues.

It is tasked to collect P733 billion this year, 8% higher than the initial goal of P679.23 billion. — Diego Gabriel C. Robles