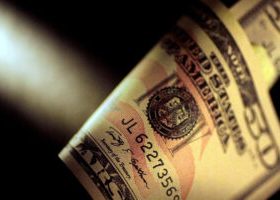 Biden brushes off risks of strong dollar on global economy

Make no mistake. General manager Sean Marks may have been the source of the press release that announced the desire of the Nets to collectively approach the 2022-23 season with the goal of claiming a championship together, but top dog Kevin Durant gave his imprimatur on the content. Outside of having the logo of his Thirty Five Ventures, his media and entertainment firm, on the statement, he had to first agree to drop his demand to be traded. If nothing else, it was no small feat for him to do so after having held his ground for the better part of two months. Imagine getting ready to bolt, only to take a 18-degree turn and stay put following a single meeting with personalities he hitherto couldn’t wait to be rid of.

“We have agreed to move forward with our partnership. We are focusing on basketball, with one collective goal in mind: build a lasting franchise to bring a championship to Brooklyn.” So said the release, which gave the impression that all is now well. In truth, it signals the beginning to what promises to be a tumultuous campaign for the hardware. The task is not impossible, of course, not with Durant slated to burn rubber with Kyrie Irving and Ben Simmons, and backstopped by such notables as Seth Curry, Joe Harris, and Patty Mills; on paper, the Nets have the skill set to go all the way.

On the other hand, there’s a reason the path to the Larry O’Brien Trophy is fraught with obstacles. Success isn’t as simple as getting together talents and then pointing out the direction they should take. There is a need for them to develop a sense of togetherness and esprit de corps, perhaps the most difficult ingredients to acquire even with the best brain trust on board. And, to be sure, the black and white do not have the latter; if Durant and Irving couldn’t wait to pack their bags, it’s in large measure because head coach Steve Nash looked decidedly overmatched in the hot seat.

In all likelihood, the Nets managed to achieve détente because there was simply no other choice. Durant may still be one of the best of the best in the National Basketball Association, but his $198-million price tag does not come with the certainty his four-year contract is supposed to bring with it. His sensitive nature and reluctance to underscore his leadership position vocally make him susceptible to sudden, seemingly whimsical, changes in mindset.

Winning cures everything, of course, and Durant and Company, even as currently constituted, have the wherewithal to rake in the wins. Not for nothing are the odds low, however; even assuming he puts his nose to the grindstone, the Nets cannot be as sure with Irving (who’s even more mercurial), Simmons (who’s a full year removed from action due to physical and mental issues), and Harris (who’s recovering from an ankle injury).

In other words, the Nets are a crapshoot, and Durant knows it. He does have control over his future, though: The situation is what it is, and he can either run from it or learn from it. And if he’s serious about his legacy, he would do well to frame it positively. Three years ago, he left the Warriors to be the definitive mover of his destiny. To argue that he’s overdue would be an understatement.