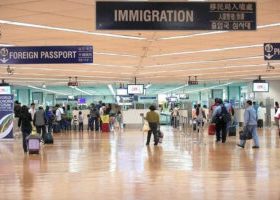 Minus Tran, nicknamed 4T but popularly called T4 by Filipino fans, the Vietnamese went to Nguyen Thi Uyen, who paced all hitters with 13 points including a couple of kill blocks that sealed the win.

The Hanoi Southeast Asian Games silver medalist finished with a 3-1 record but had 10 points, a point ahead of mighty China, which is unbeaten in three starts but has only eight points.

The Great Wall of China though could retake the top seeding with a win over Iran today.

The Vietnamese have been playing impressively despite entering the 11-day tournament as wild cards following straight set victories over the host Filipinas and the Iranians.

The Vietnamese enter the quarterfinals oozing with confidence, knowing they have a legitimate chance of surpassing, if not replicating, their fourth-place performance in Almaty, Kazakhstan exactly a decade ago.

The Koreans, composed of high school players of mostly 15 to 16 years old, sputtered to their third straight defeat.

But they have a chance to fight for a spot to the quarters in a do-or-die duel with the Philippines at 7 p.m. tonight.

“Our goal for tomorrow (today) is to at least to win against the Philippine team,” said South Korea skipper Hwang Jimin through an interpreter. — Joey Villar