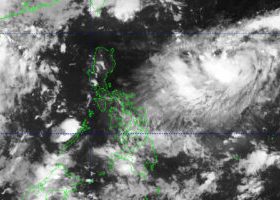 KYIV – Ukrainians mark 31 years since they broke free from the Russia-dominated Soviet Union on Wednesday in what is certain to be a day of defiance against the Kremlin’s six–month-old war to subdue the country once again.

Ukraine‘s Independence Day falls on the six–month anniversary of Russia’s Feb. 24 invasion and will be marked by subdued celebrations under the threat of attacks from land, air and sea.

Public gatherings are banned in the capital Kyiv and a curfew is in force in the frontline eastern city of Kharkiv, which has weathered months of shelling.

The government laid out the carcasses of burnt-out Russian tanks and armored vehicles like war trophies in central Kyiv in a show of defiance. Read full story

“We are fighting against the most terrible threat to our statehood and also at a time when we have achieved the greatest level of national unity,” Mr. Zelenskiy said in an evening address.

Earlier on Tuesday, he told representatives of about 60 states and international organizations attending a virtual summit on Crimea that Kyiv would drive Russian forces out of the peninsular by any means necessary, without consulting other countries beforehand. Read full story

The war has killed thousands of civilians, forced over a third of Ukraine‘s 41 million people from their homes, left cities in ruins and shaken global markets. It is largely at a standstill with no immediate prospect of peace talks.

In addition to Crimea which it annexed in 2014, Russia has expanded its control to areas of the south including the Black Sea and Sea of Azov coasts, and chunks of the eastern Donbas region comprising the provinces of Luhansk and Donetsk.

Ukraine‘s armed forces have said almost 9,000 military personnel have been killed in the war so far.

Russia has not publicized its losses but U.S. intelligence estimates 15,000 killed in what Moscow calls a “special military operation” to “denazify” Ukraine. Kyiv says the invasion is an unprovoked act of imperial aggression.

Ukraine broke free of the Soviet Union in August 1991 after the failed putsch in Moscow and an overwhelming majority of Ukrainians voted in a referendum to declare independence.

Both sides have accused the other of firing missiles and artillery dangerously close to the plant, Europe’s biggest, raising fears of a nuclear catastrophe.

“I’m continuing to consult very actively and intensively with all parties,” Mr. Grossi said in a statement on Tuesday. “The mission is expected to take place within the next few days if ongoing negotiations succeed.”

Pro-Moscow forces took over the plant soon after the invasion began but it is still operated by Ukrainian technicians. The United Nations has called for the area to be demilitarized.

Russia on Tuesday accused Ukraine of shelling the plant with artillery and attacking it with guided munitions and a drone, drawing a denial from Ukraine‘s UN Ambassador Sergiy Kyslytsya.

“Nobody who is at least conscious can imagine that Ukraine would target a nuclear power plant at tremendous risk of nuclear catastrophe and on its own territory,” Kyslytsya said at an emergency UN Security Council meeting in New York called by Russia.

The United States, which has sent $10.6 billion in security assistance to Ukraine, will announce a new package of about $3 billion as early as Wednesday, a US official said.Read full story

Advanced US missile systems appear to have helped Ukraine strike deep behind the frontlines in recent months, taking out ammunition dumps and command posts.

In the latest mysterious fire at a Russian military facility, Russian officials said ammunition stored in southern Russia near the border with Ukraine spontaneously combusted on Tuesday.

“In a few months we will find out whether Russian ammunition can explode because of the cold,” Ukraine‘s defense ministry said in a tweet.