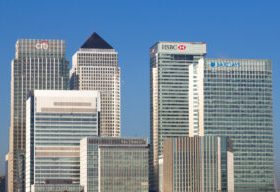 Quantum Mini LED, at 1/40th the size of a conventional LED, flushes out brighter colors and the deepest black, reducing bloom and enhancing overall picture clarity, while the AI-backed Shape Adaptive Light Control maps out objects in the screen and adjusts their lighting.

“It’s the pinnacle of everything we’ve done. It’s the best TV we have to offer right now. It’s the newest technology. The colors are really crisp. The darks are really dark,” Ramon Medina, head of Consumer Electronics at Samsung Philippines, told BusinessWorld in an interview at the launch.

Auto Low Latency Mode on the TVs also help reduce input-lag for improved stability while gaming. The new TVs also have a Game Bar 2.0 feature that gives players instant access to key game settings. Game Bar sits at the bottom of the screen without obstructing the game and allows users to adjust their screen ratio, top-middle-bottom positioning of gameplay, monitor input-lag and HDR/VRR levels, and detect nearby audio devices ready to be used.

The Neo QLED 8K TVs are also engineered with Dolby Atmos to create the feel of realistic depth in audio.

The TVs also have productivity features, allowing video conference calls through Google Duo by connecting an external webcam to the TV. The smart camera feature will ensure one is always in the frame and in focus.

The Multi-View feature also enables users to connect multiple devices to the TV, which can be displayed simultaneously at up to four windows on a large screen.

Mr. Medina said Samsung saw an uptick in TV sales amid the coronavirus pandemic as lockdowns forced people to stay in their homes.

“During the pandemic, we were very fortunate. People began to spend for improving their homes. That meant everything in the home. Primarily, it started with entertainment, because they were cooped up — they couldn’t go to the movies. People rediscovered gaming —  like myself, for example,” he said.

He added that other product lines that performed well were refrigerators and airconditioners.

He said he believes that a return to the outside world won’t slow Samsung Philippines’ growth.

“We’re getting out of the pandemic right now, so people are starting to spend more time away. But certain things are still doing very well for us,” he said. “I guess the habit of continuing to improve the home is still there.” — Joseph L. Garcia