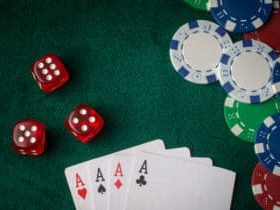 8 Habits to Quickly Learn to Improve Your Poker Hands

REGULATORS are backing a measure seeking to institutionalize rules covering digital assets like e-money and cryptocurrency for improved monitoring and consumer protection.

Senate Bill No. 184 or the proposed Digital Assets Act of 2022 refiled by Senator Maria Imelda Josefa “Imee” R. Marcos on July 7 seeks to require the registration of digital asset enterprises and their operators.

“The bill aims to recognize but not regulate digital assets by defining what digital assets are and standardizing the process for the licensing and operation of e-money, virtual asset exchanges, and virtual asset businesses,” Ms. Marcos said in the bill’s explanatory note.

She said the lack of legislation and a central authority for digital assets, as well as the anonymity of transactions of these assets, make them a potential vehicle for fraud and illicit transactions.

“As such, there is a sentiment around the world for virtual assets to be recognized and regulated in order to facilitate acceptability and use while minimizing the dangers and risk associated with them,” she said.

She noted that the recognition and standardization of the rules on virtual assets could help improve the ease of transactions and address the country’s lack of financial inclusion.

Under the bill, the Bangko Sentral ng Pilipinas (BSP) is tasked as the lead agency for e-money, while the Securities and Exchange Commission (SEC) shall be in charge of virtual assets. This will include licensing issuers of these products or operators of related businesses.

Currently, the BSP regulates virtual asset service providers (VASP), which refers to any entity that offers services or engages in activities that provide a facility for the transfer or exchange of virtual assets.

“As far as the BSP is concerned, we don’t regulate virtual assets per se. While there are close to 20,000 cryptocurrencies that are in circulation right now, what we regulate are the virtual assets service providers (VASP),” BSP Director Melchor T. Plabasan said during an organizational meeting of the Senate Committee on Banks, Financial Institutions and Currencies on Tuesday that tackled the bill.

“Given the changes in the environment in the landscape, we had to amend the existing regulation. We expanded the scope of the regulation and supervision of the BSP to include other activities, which are incidental or crucial in the performance of exchange between fiat and virtual assets,” Mr. Plabasan said.

He said there is a need for clarity in the rules amid the growing use of these digital assets.

For its part, the SEC said despite the lack of a law standardizing the use of digital assets, it has likewise exercised its regulatory mandate of encouraging financial inclusion while ensuring investors are duly protected.

“We are supporting the passage of the law, which will provide us and grant us jurisdiction instead us relying on a practical loop which we have been using for purposes of implementation against securities fraud,” Securities and Exchange Commission Chairman Emilio B. Aquino said

“We are fully supportive of the Digital Assets bill that was submitted by Senator Marcos because it will… authorize a single regulator in order to strengthen the promotion of financial inclusion, the combat against money laundering and terrorist financing, and ensure investor consumer protection,” SEC Commissioner Kelvin K. Lee added.

An industry group also signaled their support for the measure, saying that they look forward to having risk-based regulations without stifling innovations for financial inclusion.