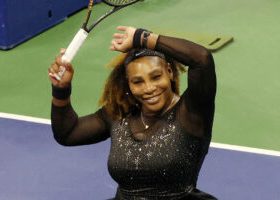 Williams retirement on hold after win over world number two

THE DISRUPTION of schooling due to the coronavirus disease 2019 (COVID-19) pandemic inflicted lifetime earning losses in developing Asia, most particularly for those in lower income brackets, the Asian Development Bank (ADB) reported.

“The pandemic has further exacerbated the learning crisis for today’s student cohort. Globally, estimates suggest that 70% of 10-year-olds are unable to read and understand a simple text, and this contributes to a loss in potential lifetime earnings by today’s generation of students equivalent to 17% of current gross domestic product (GDP) level,” the ADB said in its Key Indicators for Asia and the Pacific 2022 released on Wednesday.

The multilateral lender estimated lifetime earning losses among developing Asia’s students may range from 3.9% to 8.8% of pre-pandemic earnings.

Based on ADB data, the Philippines had one of the highest expected losses per capita earning due to learning losses.

“The Philippines has to address the challenges and barriers to access health and education services. Otherwise, there will be an impending human capital crisis,” said Rhodora G. Alday, director of the Policy Development and Planning Bureau of the Department of Social Welfare and Development (DSWD).

“Unless there [are] very aggressive efforts to address the problem with urgency, with resource commitments, then any delay would certainly affect labor productivity going forward,” ADB Chief Economist Albert Park added.

The multilateral lender estimated lifetime earning losses among developing Asia’s students may range from 3.9% to 8.8% of pre-pandemic earnings.

“Within each economy, inequality may also further expand due to differences in access to remote learning tools. Under a medium-efficacy scenario of remote learning, estimates show that students from the poorest wealth quintile are expected to have losses in future earnings that are 47% higher than those of the richest students in their economy, while girls may lose about 28% more in future earnings,” it said.

“How it will unfold depends on a number of factors such as effectiveness of remote education and how socioeconomic institutions react to undo the damage to children’s learning and well-being,” said Melissa Pascua, Senior Statistics Officer from the ADB, in the same event.

While growth in the region is expected to reduce extreme poverty to pre-pandemic goals, people with lower pre-pandemic levels of social mobility may find it harder to progress as they experience longer lasting setbacks.

Extreme poverty is defined as those who are living off less than $1.90 a day.

Preliminary results from the Philippine Statistics Authority also estimated poverty incidence among individuals rising to 18.1%, from the 16.7% recorded in 2018. In real terms, around 2.3 million Filipinos have been plunged into poverty between 2018 and 2021.

According to the ADB, the Philippines led in losses in annual/lifetime earnings per capita, and ranked 10th out of 14 countries in East Asia in terms of social mobility.

Social mobility prospects, as measured by expected lifetime earnings, are significantly lower than pre-pandemic levels due to the learning losses from the pandemic.

“Economically unequal societies tend to have lower scores for enablers of social mobility,” the ADB said.

Amid the pandemic, the ADB said lower-income households in the Philippines had greater reductions in their consumption compared to those with higher income, with the bottom 10% seeing a decline of 21.1% in their income and expenditure.

“Majority of the Filipinos are in the informal sector. They have no job security [and] no access to unemployment insurance,” Ms. Alday said.

A metric that tries to measure innovation using 80 indicators on political environment, education, infrastructure, and knowledge creation also showed the Philippines among the lower middle-income countries that scored the highest after Vietnam and India.

However, the Philippines and other lower middle-income countries in the region are still behind higher-income economies when it comes to research and development (R&D) expenditure.

Even before the pandemic, R&D as a proportion of gross domestic product stood at just 0.32%, according to the ADB report.

“By 2030, the prevalence of extreme poverty in the region is expected to drop below 1%. At the same time, about 25% of the population is projected to achieve at least middle-class status, defined as having income or consumption of $15 or more a day, adjusted for purchasing power parity,” the ADB said.