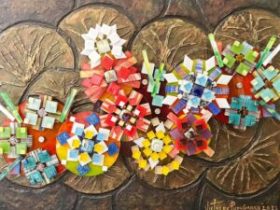 EcoOil-La Salle hung on to a 70-63 win over Marinerong Pilipino and forced a winner-take-all Game 3 in the PBA D-League Aspirants’ Cup finals yesterday at the Smart Araneta Coliseum.

Michael Phillips imposed his will on both ends of the floor while Evan Nelle and Kevin Quiambao provided the dagger baskets as the Green Archers recovered just in time to avoid a sweep and salvage a must-win Game 2.

Schonny Winston (15) and CJ Austria (11) backstopped him for the Green Archers, who still needed the late-game heroics of Evan Nelle (8) and Kevin Quiambao (6) after nearly wasting a 10-point lead in the fourth quarter.

With the game hanging in the balance at 63-62 in the last minute, Mr. Nelle fished a foul from Kemark Cariño and converted all his three charities before Kevin Quiambao sealed it with a tough turnaround jumper in the next possession at 68-62.

“I’m proud of the way the boys kept their poise under pressure. We were playing not to lose after a big lead but we’re able to correct that and make big plays,” said coach Derrick Pumaren as La Salle takes the series to the do-or-die Game 3 next Wednesday at the same venue.

“We just came out with a strong start. We played our game unlike in the first game where we played tentative,” he added.

Motivated after falling short in the opener, La Salle started strong and took command until a 51-41 lead early in the payoff period only to allow a Marinero uprising highlighted by MVP winner Juan Gomez de Liaño’s triple in the 1:21 mark.

The triple of Mr. De Liaño, who won the Aspirants’ Cup best player award behind averages of 18.4 points, 8.4 rebounds, 6.3 assists and 1.2 steals, was the Skippers’ last hurrah to fall short in clinching the D-League crown. — John Bryan Ulanday