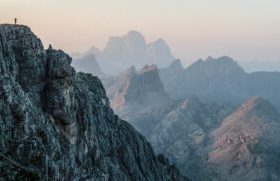 Major glaciers, including Dolomites and Yosemite, may disappear by 2050

THE PHILIPPINES needs to outline a “technology roadmap” for its shift to clean energy, an Energy department official said, noting the importance of “transition fuels” like natural gas before the full changeover to renewables, as well as the potential of other resources like nuclear and hydrogen.

Michael O. Sinocruz, director of the Department of Energy (DoE) Energy Policy Planning Bureau, said at a BusinessWorld Insights webinar that the DoE’s energy plan presupposes the use of a transitional fuel on the way to raising the share of renewable energy (RE) to 35% by 2030 and to 50% by 2040.

“What is important for us is to have a transition fuel, meaning we need to have flexible fuel to be able to support the entry of renewable energy, specifically variable RE such as solar and wind,” he said.

Natural gas, while relatively clean-burning, is not viewed as a renewable resource. The Philippines’ only domestic source of the fuel, the Malampaya field, will be commercially depleted in a few years, just as global supply is tightening in the wake of disruptions to the market as the developed world weans itself from dependence on Russian gas.

Mr. Sinocruz said that the DoE considers expanded use of natural gas to be supportive of a transition to RE.

Leonido J. Pulido III, president of the Philippine Electricity Market Corp. (PEMC) said that the spot market has been at the forefront of introducing and potentially reinforcing the development and utilization of RE.

In July, the PEMC announced the opening of a market for RE certificates (RECs), representing property rights over renewable electricity generated by market participants.

Mr. Pulido said on Viber that the PEMC will start interim commercial operations of the Renewable Energy Market on Aug. 26.

“We are yet to allow the buying and selling of the RECs absent a DoE policy on the full commercial operations of the RE Market,” Mr. Pulido told BusinessWorld on Viber.

The DoE is also looking at introducing emerging technologies to the power mix such as nuclear and hydrogen. However, he said that hydrogen remains an expensive option.

“We’re hoping that hydrogen in the future that it will become affordable so we can adopt… to diversify our mix,” Mr. Sinocruz said.

“Aside from the conventional nuclear, we are also studying small modular reactors,” he said.

Mr. Sinocruz said that before nuclear power can be adopted, the Philippines needs to satisfy the requirements of the International Atomic Energy Agency.

Sharon Ocampo-Montañer, director for Market Operations at the Energy Regulatory Commission, said the commission will draft a regulatory framework for nuclear once the DoE sets a policy direction.

“Should there be a pronouncement we will abide by the policy and we will provide a regulatory framework,” she said.  — Ashley Erika O. Jose