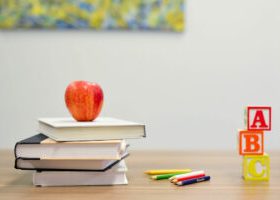 THE COUNTRY must capitalize on its demographic dividend through innovations in human capital and infrastructure development to sustain economic growth, its chief economist said.

“Between 2000 and 2020, the working-age population has grown faster than the total population, leading to increases in its overall share. Thus, a more substantial size of our workforce is supporting economic activity and contributing to growth,” Socioeconomic Planning Secretary Arsenio M. Balisacan said during the 43rd National Conference of Employers by the Employers Confederation of the Philippines on Wednesday.

To sustain the economy’s high-growth targets, “the government shall equip and provide our workforce with sufficient tools and infrastructure to raise productivity and enhance innovation capacity,” Mr. Balisacan said, citing the Marcos administration’s eight-point socioeconomic agenda which aims to reinvigorate job creation and reduce poverty.

The government intends to grow the economy by 6.5-7.5% this year and 6.5-8% next year until 2028. At the same time, it also plans to reduce poverty incidence to a single digit by the end of the Marcos administration.

“We must regain losses from the last two years and strengthen human capital even further in light of anticipated future disruptions such as automation and the effects of climate change,” Mr. Balisacan said in reference to the disruptions in learning amid the coronavirus disease 2019 (COVID-19) pandemic.

“The President has directed relevant agencies in the Executive to prioritize efforts that would expand training and skills development and facilitate employment. We are mindful that we must provide opportunities for training of our labor force such that the competencies required by the private sector match what our schools and training institutions teach,” he added.

Under the proposed national budget for 2023, the education sector will get P852.8 billion, an 8.2% increase from this year’s P788.5-billion allocation.

The proposed Department of Education budget of P710.66 billion is the second-highest budget among departments, following the Department of Public Works and Highways (DPWH) at P718.36 billion.

“Binding constraints to investments and job creation — in particular, our need for supporting infrastructure in energy, transportation, logistics, telecommunications, and water — will be addressed over the next six years,” Mr. Balisacan said.

ENERGYIn the same event, the National Economic and Development Authority (NEDA) chief mentioned energy as an important component in ensuring the economy’s growth in the medium and long term, particularly with how it relates to the costs of power and its effects on employment.

“The private sector, for example, will lose their competitiveness if their energy source is more expensive than what other countries have for their energy,” he added.

In his first State of the Nation Address, President Ferdinand R. Marcos, Jr. signaled the administration’s intent to build new power plants and pursue technologies in the area of renewable energy to reduce energy costs.

“We are not closed to any sources… The competitiveness of renewables as a source of energy has substantially improved in recent years, so we need to seize the opportunities there,” Mr. Balisacan said.

“Nuclear is one energy source that can be reliable, low cost, and we explore that part of the mix — what I refer to as efficient, affordable, sustainable, and reliable energy sources.” — Diego Gabriel C. Robles