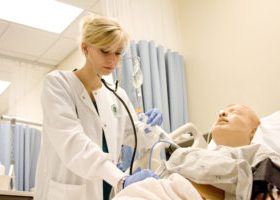 A TRUCK transports sacks of allegedly smuggled sugar brought in through the Port of Subic.
— OFFICE OF THE PRESS SECRETARY

SEVERAL Customs officials have been relieved amid the ongoing investigation on the alleged smuggling of sugar through Subic port in the country’s north, according to the Philippine government.

Bureau of Customs (BoC) Commissioner Yogi Filemon L. Ruiz relieved six officials of the Port of Subic and “temporarily transferred” them to his office pending the results of an investigation, Press Secretary Trixie Cruz-Angeles said in a statement, citing a formal order.

Their cases were related to an attempt at the Port of Subic, one of the busiest ports in the Philippines located within the Subic Bay Freeport Zone, to smuggle some 140,000 bags or 7,021 metric tons of sugar from Thailand, Ms. Cruz-Angeles said.

“Initial probe conducted by the BoC-Customs Intelligence and Investigation Service (CIIS) indicated that the imported sugar used ‘recycled permit’, meaning an import permit which was already used in an old sugar allocation,” she said.

Malacañang had said heads may roll at the BoC if proven that any of the bureau’s port personnel were working with sugar smugglers using recycled import permits.

The BoC-CIIS reported that the cargo is covered by a special permit from BoC and with a verified clearance from the Sugar Regulatory Administration (SRA).

Top SRA officials recently resigned after they approved a plan to import 300,000 metric tons of sugar, which the Presidential Palace considers “illegal” or “unauthorized”.

The government has intensified its crackdown on market players allegedly hoarding sugar, making surprise inspections in warehouses since last week.

The inspections, which are aimed at arresting potential hoarding and smuggling, would help determine the state of sugar supply in the Philippines, Ms. Cruz-Angeles said at a news briefing. “We would be able to see whether our computation for importation is correct.”

The campaign against alleged irregularities in the sugar industry has reached Mindanao in the country’s south, with authorities discovering 466,142 sacks of sugar in three warehouses owned by a private firm in Cagayan De Oro City.

Ms. Cruz-Angeles said earlier that customs agents and other authorities are expected to visit more warehouses suspected of storing hoarded sugar as part of “the campaign of the Marcos government to bring down the price of sugar.”

Meanwhile, Senate President Juan Miguel F. Zubiri on Wednesday said the chamber will seek to place safeguards after the SRA removed the performance bond requirement in the latest import plan, which eventually led to the approval of the controversial Sugar Order 4 without the knowledge of the President.

“We will pursue that angle because we want to get rid of this practice,” the senate chief told a media conference.