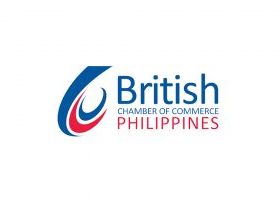 GOVERNMENT prosecutors have charged 12 police officers for murder in cases relating to what could be wrongful deaths in the previous administration’s war on drugs, the Justice chief said on Wednesday.

In a live-streamed forum, Justice Secretary Jesus Crispin C. Remulla said this was the latest number of indictments against erring cops as many of the cases still lack witnesses.

“Some families don’t complain anymore because the people they lost were not well-behaved, and this is a sad aspect of the drug war,” he said.

“We are looking for witnesses for these extra-judicial killings, and we will use the witness protection program to protect those who give us leads.”

The DoJ had only brought five of the 52 cases involving 150 police officers to court since it started its own probe last year.

Mr. Remulla noted that he would be willing to join President Ferdinand R. Marcos, Jr. in New York for the United Nations General Assembly in September to discuss the country’s human rights situation.

The President earlier said the Philippines would not rejoin the International Criminal Court (ICC) as it may resume its probe into Mr. Duterte’s deadly drug war.

In June, ICC Prosecutor Karim Ahmad A. Khan asked the international tribunal’s pre-trial chamber to reopen the probe since the Philippines had failed to show it investigated crimes related to the campaign.

The ICC gave the Philippines up to Sept. 8 to submit comments and observations on the request to resume the international court’s drug war probe.

Mr. Remulla said the government is “not submitting anything as a matter of compliance, and we are not members of the ICC anymore. We have withdrawn from the Rome Statute.”

“We are doing this as a matter of comity to inform them that we are doing something on the problems we are supposed to solve on our own.” — John Victor D. Ordoñez and Kyle Aristophere T. Atienza