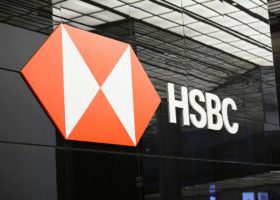 UNIVERSAL Robina Corp. (URC) is expanding into the spiked spirit category with its new product, Chill Spiked Spirit, the firm said on Tuesday.

Ms. David added that people are now looking for “the same relaxing, light, personal moments they experienced when drinking at home” during the pandemic, which URC tries to mimic through Chill.

“In URC, our purpose is to delight consumers with better food and beverage choices. Chill is an embodiment of that purpose. It’s a delightful drink that’s refreshing and delicious. It’s better than others because it contains real fruit juice and just the right level of alcohol plus zero added sugar,” she added.

Chill Spiked Spirit is said to have 5% double distilled alcohol, real fruit extract, and soda water, which the company said will give the drink the same alcohol strength with a more refreshing taste.

“It has no artificial sweetener and with zero trans fats, eliminating that heavy feeling in the gut that beer drinkers feel,” the company added.

URC said that spiked spirits, hard seltzers, and similar beverages “have been disrupting the global beer category,” which it said to account for a 6% share of the alcoholic beverages market in the United States and is projected to soar to $3 billion by 2023.

Chill will be available in 330-milliliter cans at a suggested retail price of P51 each and will come in three flavors: red apple, lemon lime and lychee.

“We are looking at young consumers of legal drinking age, who are authentic with their outlook and passionate with their calling, but who still know how to have fun. They like to let loose and unwind after a long day without going over the top,” Ms. David said.

On the stock market on Tuesday, shares in URC were unchanged at P124 apiece. — Justine Irish D. Tabile