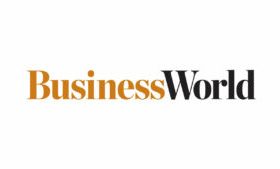 Miriam College to open new campus in Alviera next year

Mr. Remulla told a live-streamed press conference that he would ask telecommunications companies to implement filters that would block these malicious websites and payments.

“Law enforcement agencies around the world know that the Philippines is one of the favorite places for these perverts who exploit children,” he said.

“This is not a source of pride but a source of shame, which is why we are declaring war against the exploitation of children.”

Mr. Remulla said the government will also be coordinating with the United States Department of Homeland Security to track down foreigners in the country who are involved in child exploitation.

DILG Secretary Benjamin C. Abalos, Jr. told the same briefing that his department plans to obtain forensic software that would help track of those who exploit children online.

Data from the DILG shows that authorities conducted 227 operations combating online sexual exploitation and convicted 67 individuals behind these illegal websites from 2017 to July 2022.

The United Nations Children Agency in 2017 said one of three internet users were children below 18, and were at risk of harmful content and contact. — John Victor D. Ordoñez