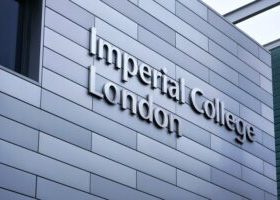 THE Supreme Court (SC) has dismissed a petition alleging that the Philippine Dealing System Holdings Corp. (PDS) enjoys a monopoly in the market for fixed-income and government securities.

In a 19-page decision dated March 29 and made public on Aug. 19, the court, sitting en banc, said the petitioners failed to establish sufficient standing to bring the case before the tribunal.

“To possess legal standing, parties must show a personal and substantial interest in the case such that (they have) sustained or will sustain direct injury as a result of the governmental act that is being challenged,” according to the ruling, written by Associate Justice Ramon Paul L. Hernando.

It added that the petitioners failed to establish that their rights were infringed as a result of the regulations governing the operations of PDS.

Mr. Diokno, who is now the Secretary of Finance, had withdrawn as a petitioner in the middle of the proceedings.

The SC noted that the plaintiffs failed to show clear or obvious disregard of the Constitution, which would require immediate action from the court.

It added that a proper venue for initial filing would have been a trial court or appellate court.

“Even if this Court disregards the factual assertions of the parties on the existence of monopoly, and simply rules on the legal issues raised by petitioners, there is still a need to receive evidence to fully resolve the case since some of these issues are inextricably intertwined with underlying questions of fact,” it said.

The PDS group is a private company with subsidiaries operating markets for various securities.

The plaintiffs argued that in the early 2000s, PDS Holdings Corp. President Vicente B. Castillo and his associates at the Bankers Association of the Philippines exploited the lack of a market for privately-issued securities, which led to the creation of fixed-income exchange.

The court reminded the petitioners “that pleadings before all courts must be presented in an organized and systematic manner.”

“Not only does this aid the court’s analysis, but it also reflects the litigants’ grasp and comprehension of the matters they discuss.” — John Victor D. Ordoñez