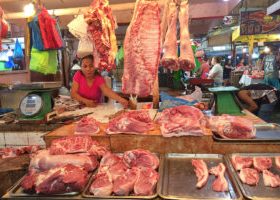 SMC GLOBAL POWER Holdings Corp. warned on Tuesday that electricity prices in Metro Manila and nearby provinces could go up by as much as 30% starting in October if the energy regulator fails to act on its petition for a temporary rate hike.

“We just hope the ERC will not merely try to prevent a temporary increase, but will take a whole-of-industry approach. No company or business can sustain operations with these unprecedented and continuing rises in costs,” said Ramon S. Ang, president and chief executive officer of SMC, in a statement.

On Aug. 1, SMC Global Power disclosed that its coal power plant in Sual, Pangasinan, and natural gas-fired power plant in Ilijan, Batangas had incurred combined losses of P15 billion. The company is seeking the energy regulator’s approval for a rate increase to continue supplying baseload power to Meralco.

If the ERC approved the petition for temporary relief, which was filed in May, SMC Global Power said electricity prices in Luzon would rise by 30 centavos per kilowatt-hour (kWh) over a period of six months.

Without it and with a termination of the PSA, the company said Meralco estimated that energy prices would rise by 80 centavos per kWh up to P1.30 per kWh for the next three to four months, as it will need to find alternative sources of energy which is said to be more expensive including the Wholesale Electricity Spot Market.

Mr. Ang said that South Premiere Power Corp. and San Miguel Energy Corp., the administrators of the Ilijan and Sual plants, had already issued notices of termination of their PSAs to Meralco, blaming the unexpected and unprecedented “change in circumstance,” including the global surge of fuel prices. The termination is effective starting Oct. 4, if no relief is given.

Because of this, Mr. Ang urged the ERC for a “fair and objective” assessment of the joint petition, adding that the power plants account for 25% of the Luzon grid’s net reliable capacity.

“They are a major part of the country’s already fragile power supply. We ask that in this time of extraordinary circumstance and difficulty, let’s not cripple them,” he said.

SMC Global Power also said that if Meralco opts for emergency power supply procurement, the increase is expected to go higher due to the weakening peso and the volatility of global fuel prices.

“Coal prices in the world market continue to hover beyond $400 [per metric ton] threatening to push electricity bills even higher,” the company said further.

SMC Global Power also warned that it is expecting hefty price increases until 2030 if the temporary relief is not acted upon. The company is looking to recover from P5.2 billion in losses for the period of January to May 2022, after it had absorbed losses of P10 billion last year. — Ashley Erika O. Jose