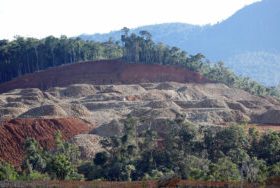 SINGAPORE’s surging currency is contributing to massive traffic jams on the road to Malaysia.

Keen to take advantage of a record high exchange rate, Singaporean bargain hunters are streaming into the neighboring nation to snap up goods and take advantage of more reasonably priced entertainment and services like health care.

The result is snarl-ups of up to four hours at border checkpoints between the city-state and Malaysia’s southern state of Johor. In normal circumstances, the journey takes only 20 minutes.

It’s gotten so bad that Singapore’s Immigration & Checkpoints Authority issues regular congestion updates on the radio and advised people to cancel travel plans during recent holidays. Frustrated travelers have taken to social media, recording road rage incidents — including a woman pulling off another car’s license plate — while others are making Tiktok videos about the wait at immigration.

Still, Susan Lim, a 68-year-old homemaker, was more than willing to put up with these inconveniences when she needed wisdom tooth surgery. She chose a dentist in Johor and paid 700 Malaysian ringgit ($157) rather than the more than S$400 ($290) it would have cost in Singapore.

“I treat it as a short getaway from the city-state, with great food and services like a haircut at a much affordable price,” she said.

Singapore is a 280 square mile (725 square kilometers) island trading hub located off the southern tip of Malaysia. Many residents in the heavily-urbanized city-state make frequent trips across the border to Johor, where attractions include laid-back cafes and reasonably-priced restaurants, Desaru’s beaches, village resorts and theme parks like Legoland.

Singaporeans are well versed at hopping over to Malaysia to take advantage of cheaper goods and services — in 2015 demand was so great that money changers at times ran out of ringgit. Fueling the current craze for all things Malaysian, is the strength of the Singapore dollar, which has risen more than 5% against the Malaysian ringgit this year, closing at a record 3.2473 ringgit on Aug. 11. The previous record was 3.1681 in March 2017.

The Singapore dollar is benefitting from the differing monetary policies the two nations are using to counter inflation. Singapore’s central bank, which uses foreign exchange as its main policy tool, has focused on efforts to strengthen its currency. In comparison, its palm-oil rich neighbor has kept its policy accommodative.

Malaysia is not alone in seeing its weak currency act as a draw for tourists — Buenos Aires in Argentina last year designed a campaign to lure visitors with its favorable exchange rates, while American travelers have this summer taken advantage of the dollar’s strength making trips abroad more affordable.

TRAFFIC JAM
Singapore’s strong exchange rate has coincided with a post-COVID travel boom — spending on foreign travel from residents in the city-state rose 240% in the second quarter year on year — and grinding infrastructure problems. The combination has caused one big traffic jam.

The Singapore-Malaysia border checkpoints are among the busiest land crossings in the world, with about 200,000 travelers departing daily before the pandemic. Since borders reopened in April, the traffic flow has been gradually increasing, with the number of travelers peaking at 290,000 per day over the last weekend in July.

The volume of people has put pressure on the two nations to alleviate the problems on the road. Currently, there is just one train service connecting Malaysia’s Johor Bahru Sentral station and Woodlands station in Singapore.

A high-speed rail project — the Johor Bahru-Singapore Rapid Transit System — is under construction and should absorb 35% of the congestion. But the train line, which was temporarily suspended in 2019 due to cost concerns, won’t be completed until 2026 at the earliest — two years later than planned.

Aggravating the traffic problems is lengthy upgrade work being carried out on arrival immigration car booths at the Malaysia border.

TIGHT CONTROL
The gridlock and chaos at the border are in stark contrast to the steely control Singapore’s government exerts over traffic in the city. In an attempt to stem congestion and pollution, the government restricts the number of cars with a limited quota of permits, making its autos among the most expensive in the world. Pent-up consumer demand and a growing appetite for electric vehicles pushed the price of permits for large cars to a record high in August.

This means, despite packing 5 million people onto an island half the size of London, Singapore ranked 96 out of 416 cities globally in the TomTom traffic congestion index in 2019. Last year, it was 88th out of 404.

The big winners from the increased traffic from Singapore are shops and businesses in Malaysia. The Johor Premium Outlet, one of the Malaysia’s most popular shopping destination due to its proximity to Singapore, has seen a steady flow of Singaporean visitors. And it’s not just shops — cross-border taxi services, bridal pre-wedding photo shoots, car washes, hotels, medical services and beauty and massage parlors are experiencing a boom.

“The number of Singaporeans seeking services has reached pre-Covid levels with a spike in the recent weeks,” a spokesperson from Regency Specialist Hospital said. — Bloomberg