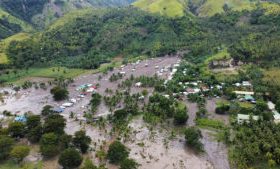 ROBINSONS Land Corp. (RLC) has put in place a work environment that aims to address the needs of employees, including their mental health, ahead of a “new normal” in the office.

“One of the challenges that have been raised from the work-from-home [setup] is that it’s been quite difficult [because] sometimes people feel isolated. We are social beings and more often than not, we need to interact with fellow human beings,” said Jericho P. Go, RLC vice-president and business unit general manager of the office buildings division.

RLC responded to this need by creating “a home away from home” in its new workspaces in time for a better normal, Mr. Go said during Tuesday’s BusinessWorld One-on-One Online Interview Series: Innovations Reshaping the Future of Key Industries.

“We wanted to make sure that there are opportunities to create and increase productivity through the office rooms, the internet connection, the backup generators, in short [providing] continuity of work […] when you’re already on site,” he said.

RLC has put up amenities that will cater to its employees’ need for socialization and relaxation, one of which is through incorporating a living room into its office space.

“So we put in what we refer to as the sala or living room in our workspace so these people when they say ‘we want to step out from the office for the time being to be able to unwind a bit or to relax or to be in a fresh perspective,’ [there is] that space for them in the office,” Mr. Go said.

Workspaces in RLC also have billiard tables, ping-pong tables, and board games like chess and Games of the General, which help in creating an environment that makes work fun.

Mr. Go also mentioned that RLC has a Friday get-together where employees can enjoy pizza parties and open mics within its offices.

“We have a town hall where people can gather and that town hall also serves as a venue where we can have first Friday masses, again, taking care of not only the mental wellbeing [of employees] but also the spiritual as well,” he said.

“All of these activities I refer to them as the software, the hardware being providing them the right spaces and the right areas within the work environment, […] we make it very fun for them to come back to work,” he added.

“We always make sure that the internet speed or the bandwidth is more than adequate for us to be able to operate because, understandably, we also have some clients that do hybrid [work] or some are [on a] work-from-home [arrangement]. So, we want to be able to accommodate that because we are 100% work-on-site,” Mr. Go added.

“It started with our workable. Workable is our co-working flexible workspace. So, when we saw that it is being used [and] it was being utilized very efficiently and effectively, we said that we want to definitely use this in our new office,” Mr. Go said.

The privacy pods or meeting pods are areas in RLC’s office that look like “a house inside a house” with a desk in the middle and covered with a roof-like ceiling.

“To add to that, we also have a phone booth. This phone booth, basically, what it does: one person can fit into that phone booth. So, if that person has a video call, then [that person] doesn’t have to take up an entire conference room, that’s good for eight people,” Mr. Go said.

The phone booths are soundproofed, properly ventilated, and equipped with whiteboards and electrical outlets where employees can plug in their computers and phones. RLC currently has three such phone booths in its office.

“It’s a model that we hope we can share with our peers so it can help facilitate the coming back to the workspace,” Mr. Go said. — Justine Irish D. Tabile